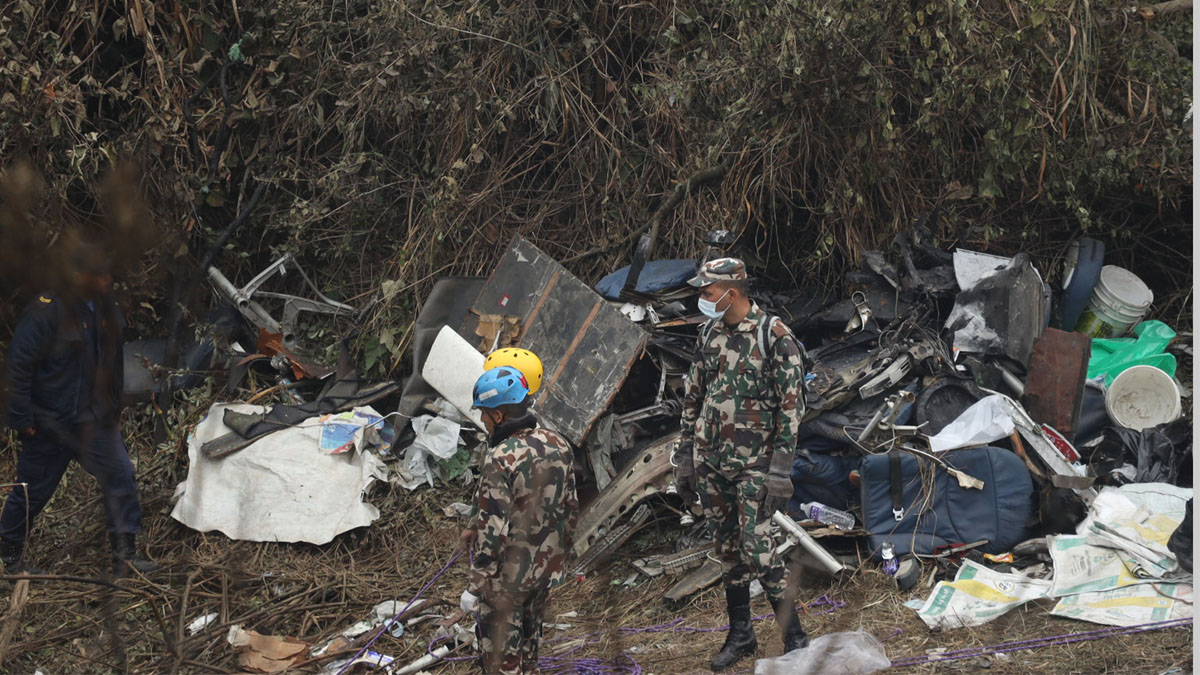 Efforts are underway to send some of the dead bodies of plane crash to Kathmandu.
The dead bodies from Pokhara and vicinity which are identified were however being handed over to the concerned sides since Monday. Those which cannot be ascertained, and are from Kathmandu and vicinity, of foreign countries and crew members would be sent to Kathmandu, according to Chief District Officer, Tek Bahadur KC.
KC further said 20 to 22 dead bodies had been identified so far and post mortem was going on accordingly. A helicopter had arrived at Pokhara to airlift the dead ones yesterday. Those identified and conducted post mortem will be sent to Kathmandu from 10am to 11am today, CDO KC added.