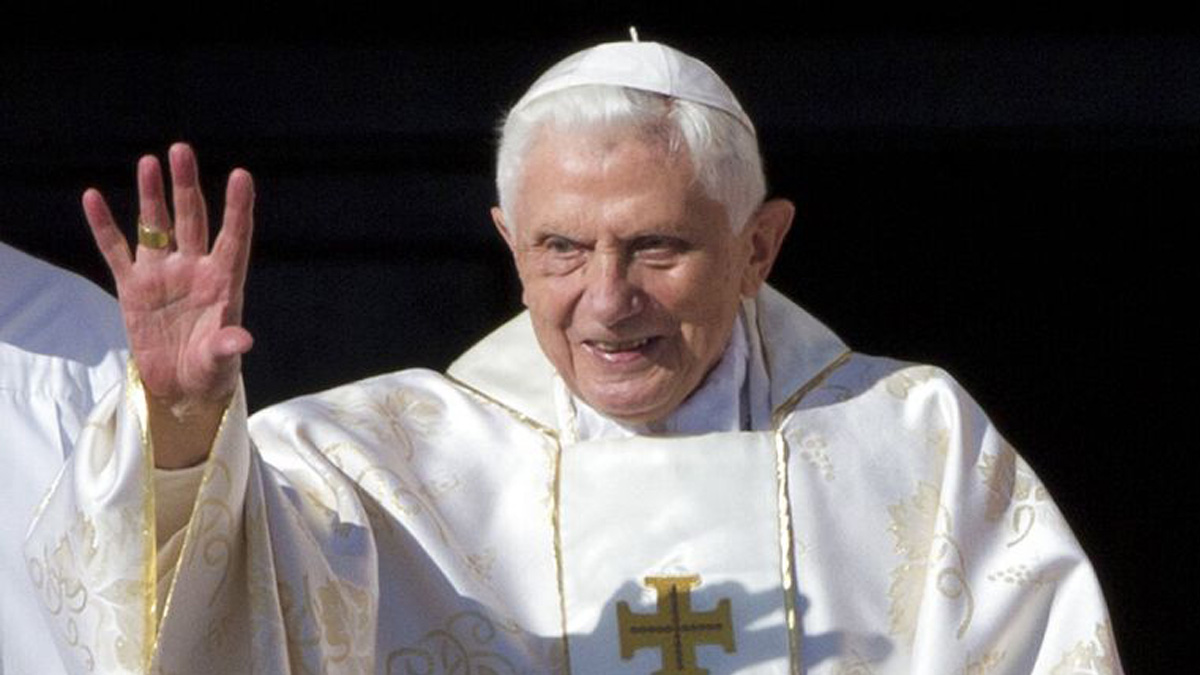 Pope Francis has led the tributes to his predecessor Pope Emeritus Benedict XVI, who has died at the age of 95.
The Vatican confirmed Benedict’s death on Saturday morning, saying he passed away at a monastery on Vatican grounds where he had lived since 2013.
Giving his homily at the end of year celebration of Vespers and the Te Deum — Catholic religious ceremonies — Pope Francis remembered Benedict as a noble and kind man of faith.
“We are moved as we recall him as such a noble person, so kind. And we feel such gratitude in our hearts: gratitude to God for having given him to the Church and to the world; gratitude to him for all the good he accomplished, and above all, for his witness of faith and prayer, especially in these last years of his recollected life,” said Pope Francis.
“Only God knows the value and the power of his intercession, of the sacrifices he offered for the good of the Church.”
Benedict became the first pope in 600 years to retire from the role and his health had declined in recent years. Over the last few days his health had deteriorated further, but the Vatican had indicated on Friday that his condition was “stable” and that he had participated in the celebration of mass in his room the previous day.
Funeral to take place next week
A Vatican spokesperson confirmed that the funeral of former Pope Benedict will take place next Thursday 5 January at 09:30 CET in St. Peter’s Square and be presided over by Pope Francis.
“From the morning on Monday, the body of the Pope Emeritus will be in the Basilica of Saint Peter, where the faithful can go with their prayers for a last meeting with the Pope Emeritus, to greet him and to say goodbye,” Matteo Bruni added.
The funeral of the 265th pope, celebrated by his successor, will be an unprecedented event in the two-thousand-year history of the Catholic Church which tens of thousands of people are likely to attend, including heads of state.