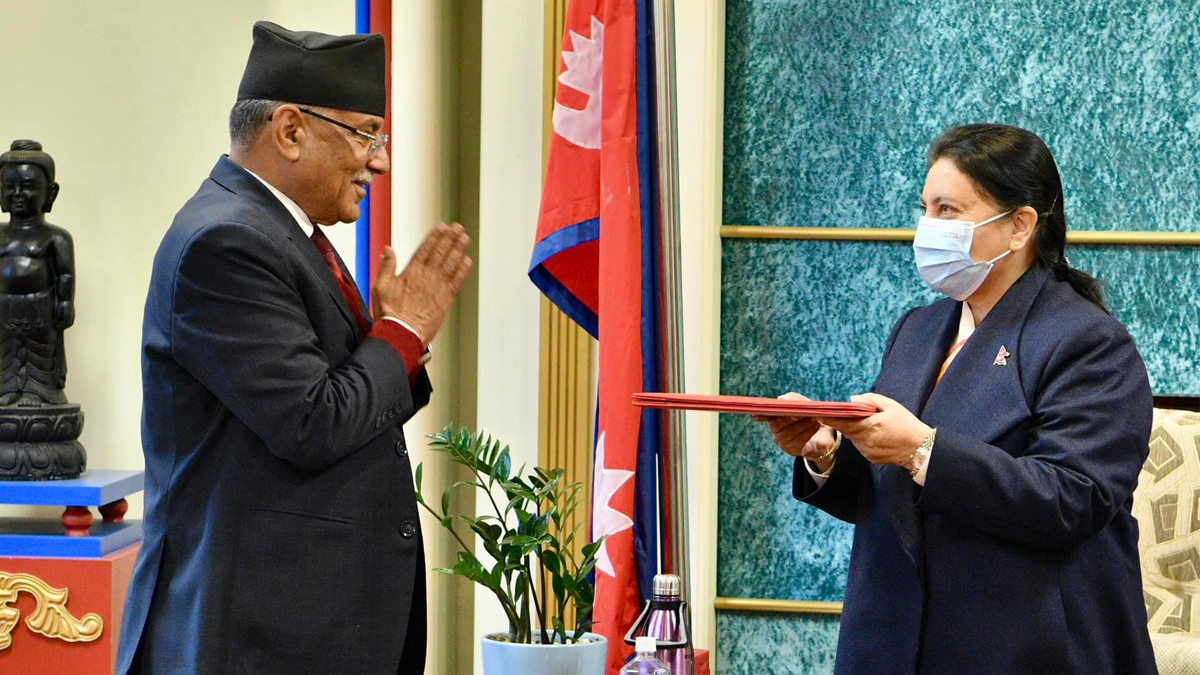 Dahal is appointed the Prime Minister of the country as per Article 76 (2) of the Constitution.

Dahal had submitted his claim to President Bidya Devi Bhandari to form a new government under his leadership by receiving the support of 169 MPs from seven parties, including, CPN-UML.

Dahal, who became the Prime Minister for the third time, will take the oath of office and secrecy on Monday.

Earlier, the President had given a weeklong time for the political parties to form the new government after the elections to the House of Representatives (HoR) taken place on November 20. The deadline given by the President was ending at 5:00 pm Sunday.

Breaking the coalition led by the largest party Nepali Congress, Dahal joined hands with the second largest party UML after Congress President and outgoing prime minister Sher Bahadur Deuba refused to allow him to lead the government for the first half of the five-year term.

He led the decade-long armed struggle from 1996 to 2006 that ultimately ended with the signing of the Comprehensive Peace Agreement in November 2006.

As per the constitution, the newly-appointed prime minister is required to win the vote of confidence in the House of Representatives within 30 days of appointment.

Nepal conducted federal parliament and provincial assembly elections on November 20. No political party secured a majority to form the government.