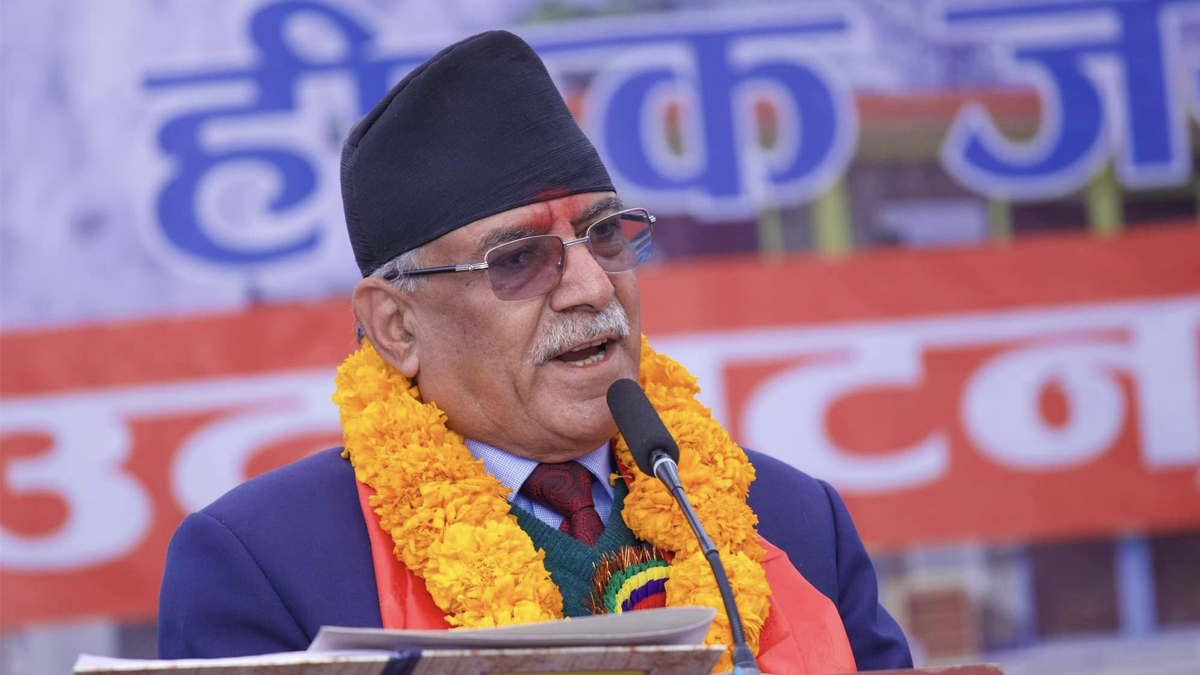 A meeting of the PP held today at the parliamentary party office in Singhadurbar chose Dahal to the post.

Likewise, Hitraj Pandey has been elected the chief whip of the PP in the HoR.

However, deputy parliamentary party leader and whip are not elected.

Similarly, Narayan Kaji Sherestha has been elected the PP leader in the National Assembly.

Gopi Bahadur Sarki Achhami and Ganga Kumari Belbase have been serving as the chief whip and whip from the Maoist Centre in the National Assembly.

Earlier today, a meeting of the party’s office-bearers held at the party’s central office at Perisdanda had decided to pick party Prachanda as the PP leader and Pandey as the Chief Whip in the HoR.

In the national elections held on November, the Maoist Centre won 32 seats in the House of Representatives (HoR) under the first-past-the-post and proportional representation system.