Prachanda to become next PM of Nepal 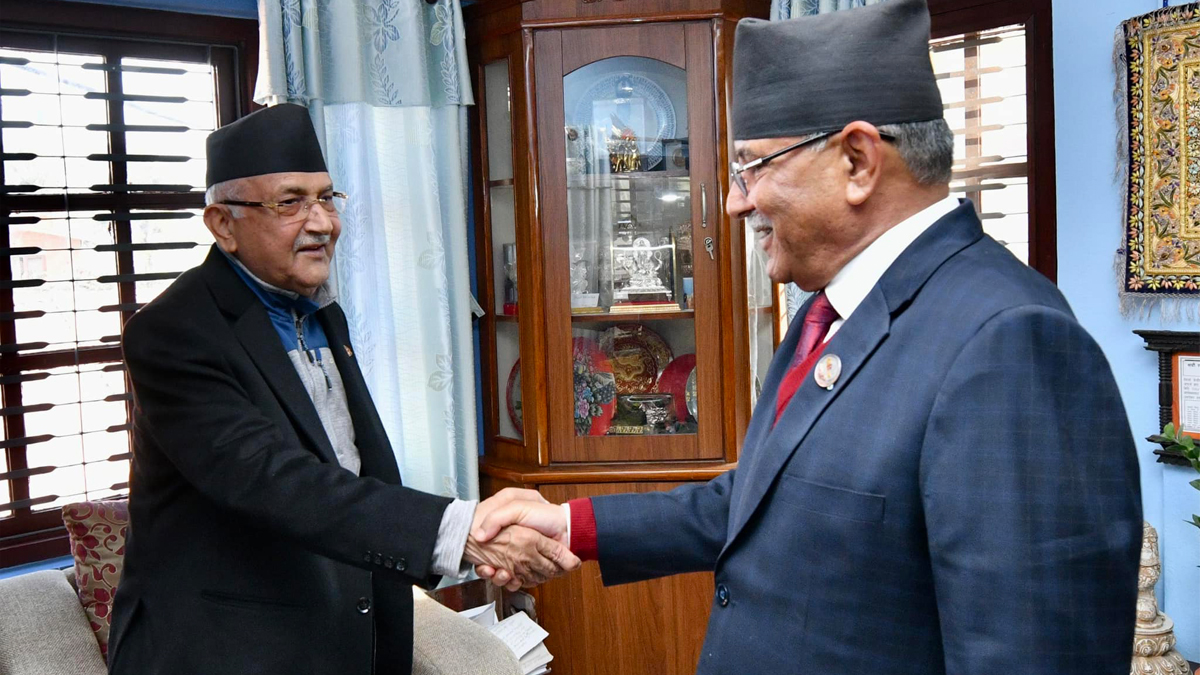 At a time when the call made by President Bidya Devi Bhandari to political parties for the formation of the new government, with a deadline of seven days, is about to expire, the meeting forged the deal.

Likewise, the meeting also decided that the President and Speaker of the House of Representatives will be given to UML.

Following the deal, the leaders are preparing to submit Dahal’s name as the next prime minister by 5 pm.

Earlier today, after the Nepali Congress continues in taking a stand that it could not leave the post of both the President and the Prime Minister, Prachanda had left talks within the ruling alliance and sat in discussions with the UML with other small parties.