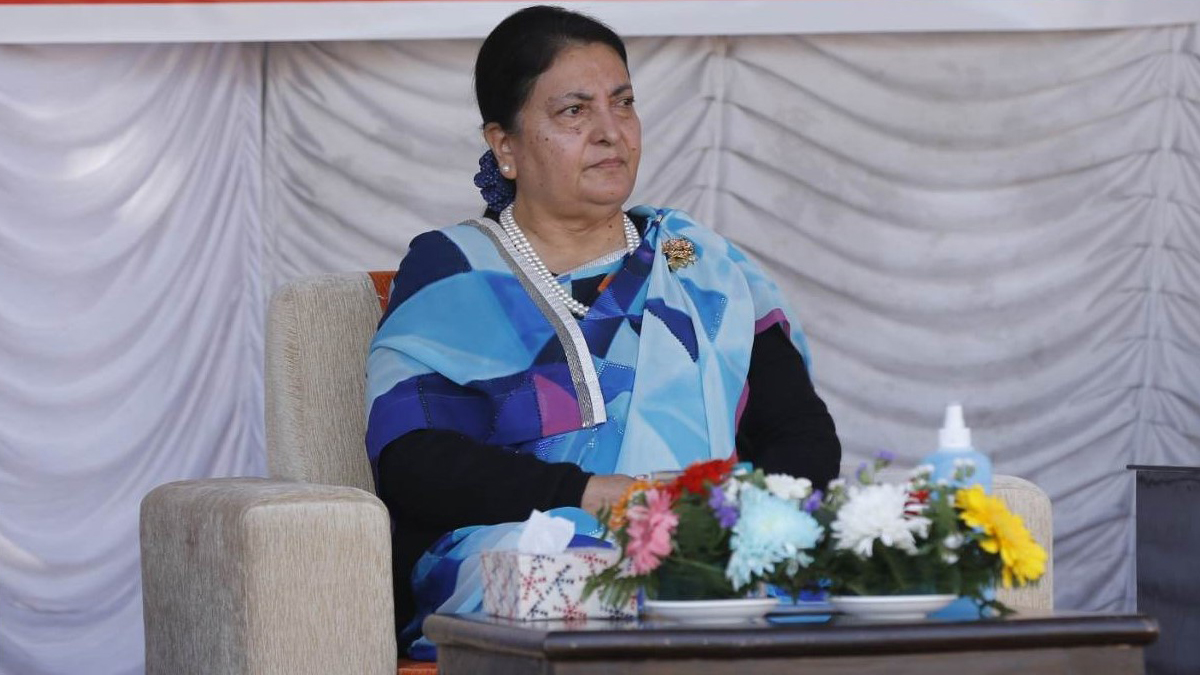 President Bidya Devi Bhandari today attended a reception hosted by the Election Commission on the successful completion of the election to the Member of the House of Representatives and Province Assembly.

Also present on the occasion were the former prime ministers, the former chairman of the Council of Ministers, the chiefs of various political parties, the former Vice President, ministers, newly-elected lawmakers, the heads of constitutional bodies, the Vice Chancellors of various universities, the Chancellors of different academies, high-level government officials, the chiefs of the security bodies, the heads and representatives of diplomatic missions based in Nepal, industrialists, businessmen, artists, journalists and distinguished persons from various walks of life.

Chief Election Commissioner Dinesh Kumar Thapaliya and other commissioners welcomed the guests at the reception venue.

The Election Commission, on December 15, presented the Election Report to the President after conducting the twin elections around the slogan – ‘Free, Fair, Independent, Credible and Frugal Election’. The elections were held in a single phase throughout the country on November 20.

Two hundred and seventy-five new people’s representatives, including 33 percent women, have been elected to the House of Representatives and 550 to the Province Assembly through the election.