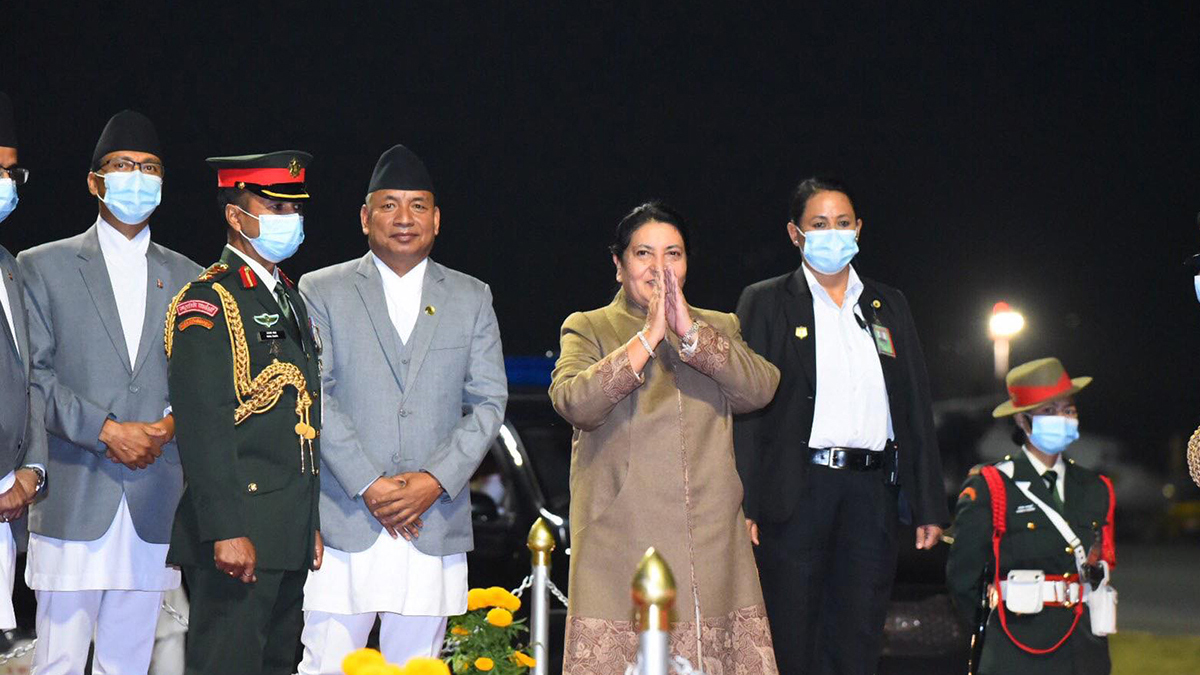 President Bhandari is to attend the Reykjavík Global Forum – Women Leaders being held in Reykjavík of Iceland on 8-10 November 2022. The Forum is co-hosted by Women Political Leaders (WPL), the Government of Iceland, and the Parliament of Iceland.

Earlier, a band of the Nepali Army offered a salute to the President.

It may be noted that Women Political Leaders (WPL) has decided to confer the prestigious WPL Trailblazer Award this year on President Bhandari.

According to the Ministry of Foreign Affairs, President Bhandari is scheduled to receive the Award and deliver an acceptance speech. The President will also deliver a keynote speech in the Forum.

The President is scheduled to return home on November 12.