President Deuba directs to play an effective role in parliament 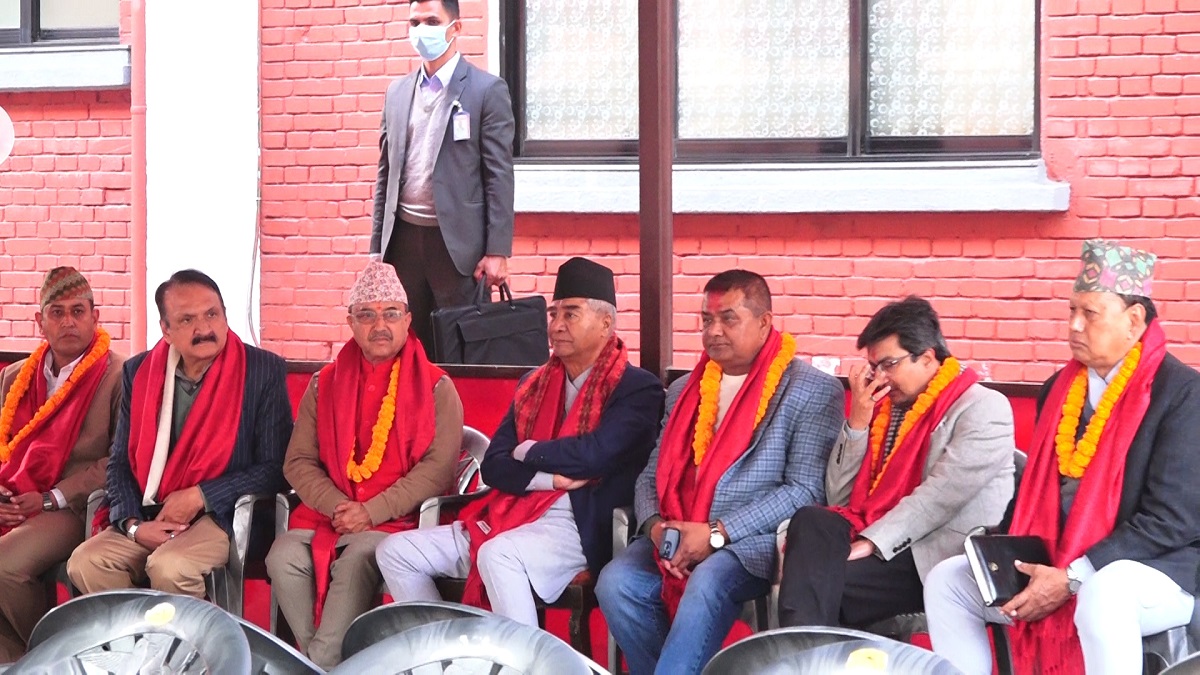 Prime Minister and Nepali Congress (NC) President Sher Bahadur Deuba has directed the newly elected members of the parliament from NC to play an active and effective role in the new parliament.
At a programme organized at the Prime Minister’s official residence, Baluwatar, on Saturday, to congratulate and greet the newly elected member of the parliament from NC, President Deuba directed the elected members to play effective role in the parliament, shared Minister for Communications and Information Technology Gyanendra Bahadur Karki.
He further informed that as the people have endorsed the ruling alliance through election the ruling alliance would soon take decisions regarding national political agendas.
On a query on alliance government, Minister Karki, also the government spokesperson, said, “NC is leading the alliance. Now people have endorsed the ruling alliance through election. The country would move ahead for stability, development and prosperity as per the people’s aspirations”.
NC General-Secretary Gagan Kumar Thapa said the central committee meeting of the party to begin on Sunday would form an election committee for parliamentary party election and deliver a decision to that end by coming Wednesday.
NC senior leader Dr Shekhar Koirala noted that NC should lead the alliance government as it is the largest party in the parliament.
Another leader Bimalendra Nidhi argued that there would be an alliance government under NC leadership. Leader NP Saud expressed his confidence that consensus would be made to form the alliance government under NC President Deuba, reasoning the alliance obtained success in his leadership.
In the parliamentary election held on last November 20, NC had secured 89 seats in the HOR, including 57 seats under the direct election system and 32 in the Proportional Representation (PR) system. With this, NC has become the largest party in the parliament.
Now NC is effortful to form a new government of the five-party ruling alliance on its leadership.
The formation of a new government has been the talk of the town with the Election Commission announcing the final results of the elections and presenting its report before the President on Thursday.