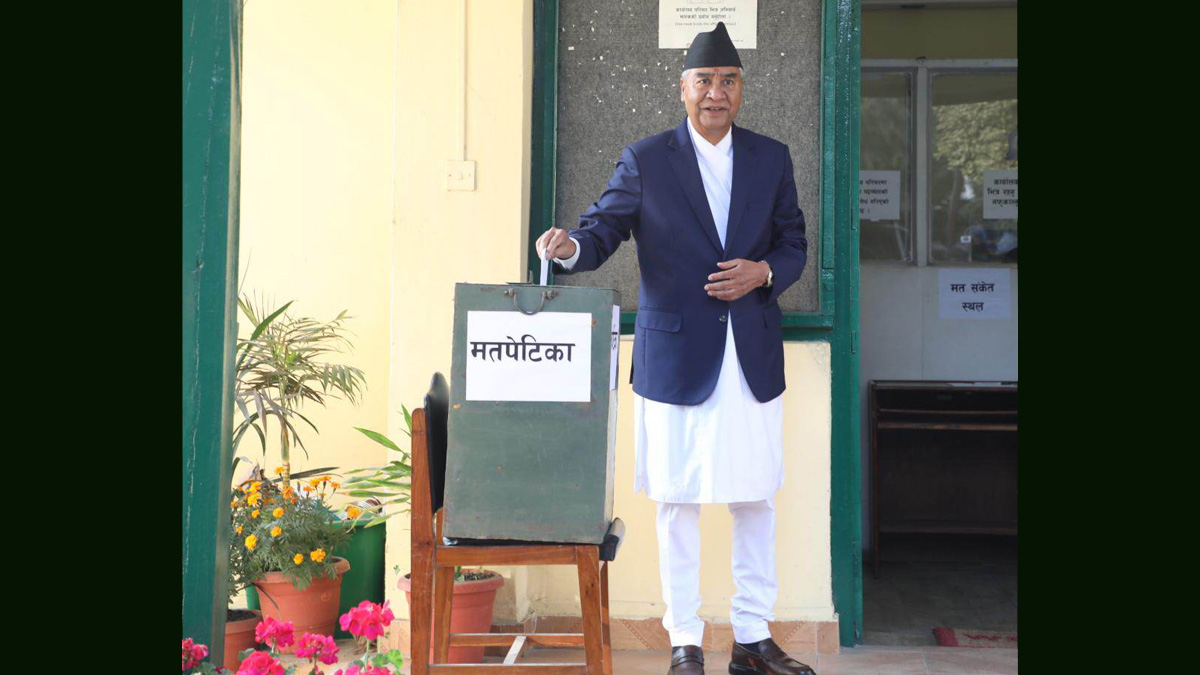 Prime Minister and Nepali Congress Chairman Sher Bahadur Deuba has been elected as the leader of the party’s parliamentary party.
Deuba was elected after defeating his competitor, party general secretary Gagan Kumar Thapa, in the election held for the post of the party’s parliamentary party leader today.
A total 89 votes were cast in the election and of these votes, president Deuba garnered 64 and general secretary Thapa 25, the NC Parliamentary Party Leader and Working Committee Election Committee said.
The voting for the post of the NC parliamentary party leader was held this morning. Party’s senior leader Ram Chandra Poudel was the proposer of Deuba’s candidacy while party vice-president Purna Bahadur Khadka was the backer.
Similarly, leader Dr Shekhar Koirala was the proposer of general secretary Thapa’s candidacy while vice-president Dhanaraj Gurung, general secretary Bishwo Prakash Sharma and central member Pradip Poudel seconded the proposal.
The party’s House of Representatives members are the voters in this election. The Nepali Congress won 89 seats in the House of Representatives, including 57 through the first-past-the-post and 32 towards the proportional representation system in the HoR elections held on November 20.