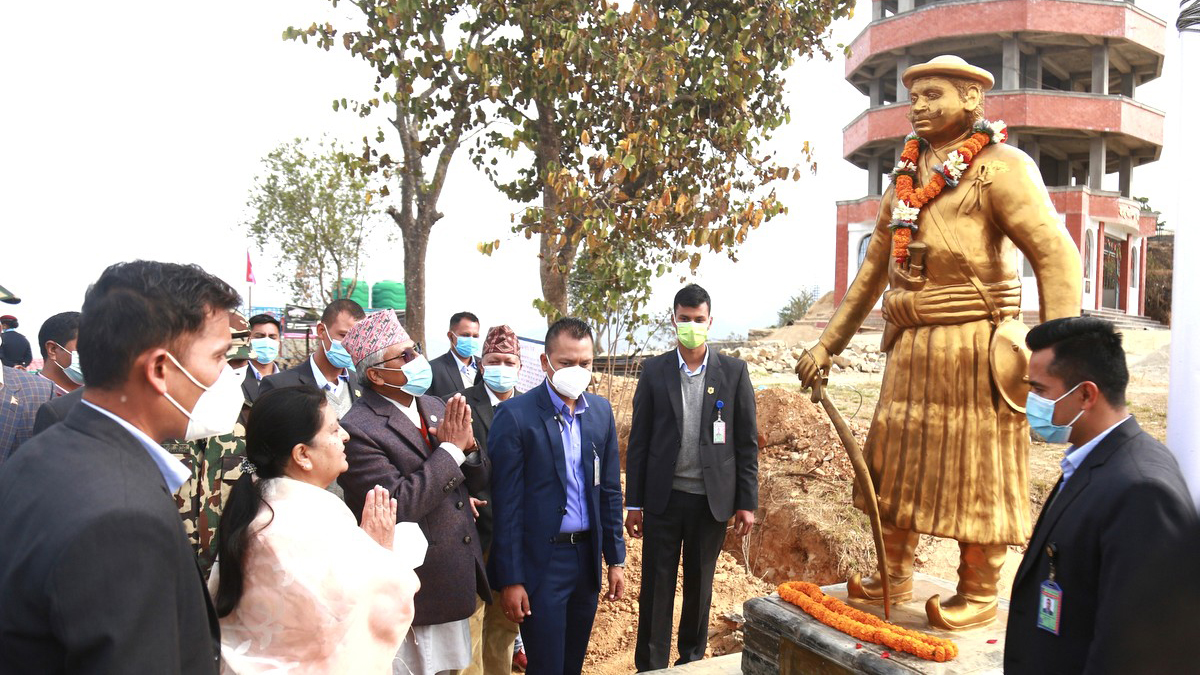 President Bidya Devi Bhandari today visited the Dahachowk-based cemetery of Kaji Kalu Pande and laid a wreath on his statue.

The Head-of-the-State reached Dahachowk to offer reverence to commander of the then Gorkhali army during the Nepal’s unification campaign on the occasion of the 301st birth anniversary of King Prithvi Naryan Shah, the unifier of modern Nepal.

Prior to this, the President visited the Singha Durbar area to pay homage to the unifier of modern Nepal. She laid a wreath on the statue of Shah in front of the main entrance to the Singha Durbar.
At Dahachowk, the President visited the temple of Hindu goddess Manakamana there. It is said the temple was built before the then Gorkhali army attacked the capital.

Pande whose real name was Bansidhar Pandey was born in 1713 BS in Gorkha and attained martyrdom during the battle of Kirtipur in 1757 BS. He was along this numerous Gorkhali army forced killed in the battle. Following his death, he was laid to rest at Dahachowk as he wished to be buried there from where the view of Gokha is seen.