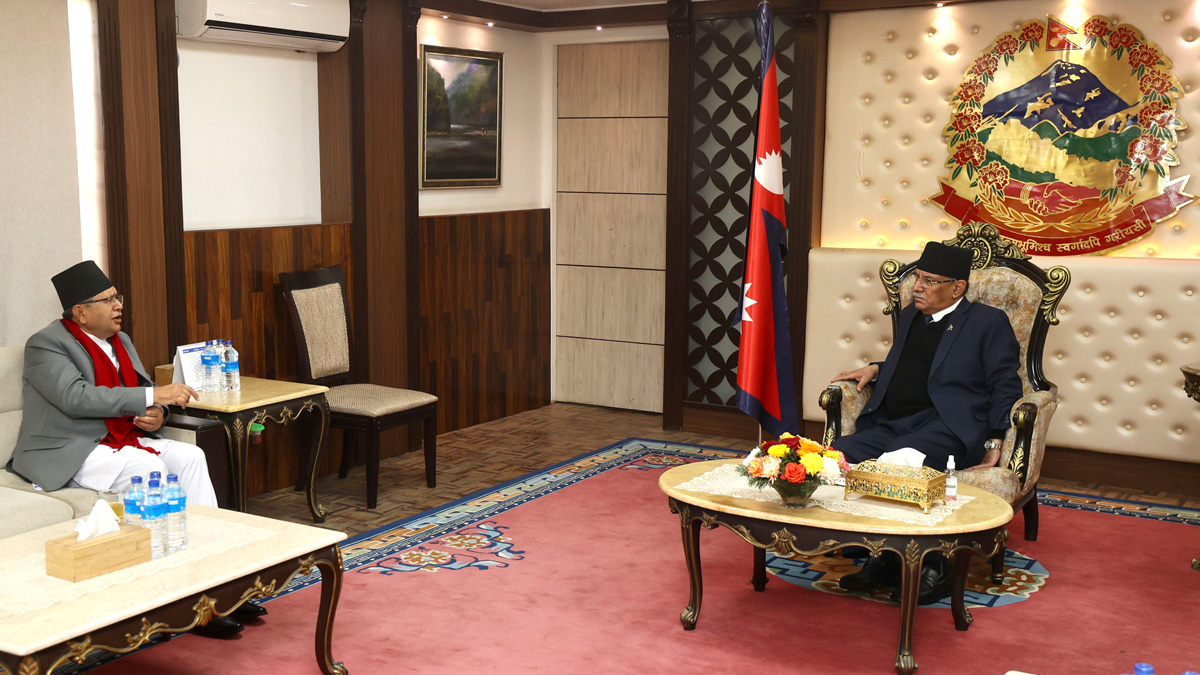 Prime Minister Pushpa Kamal Dahal ‘Prachanda’ and newly elected Speaker of the House Devraj Ghimire had a meeting this morning.
Matters related to contemporary affairs were discussed in the meeting held at the Prime Minister’s official residence at Baluwatar.

Speaker Ghimire had a first meeting with the Prime Minister after being elected to the post.