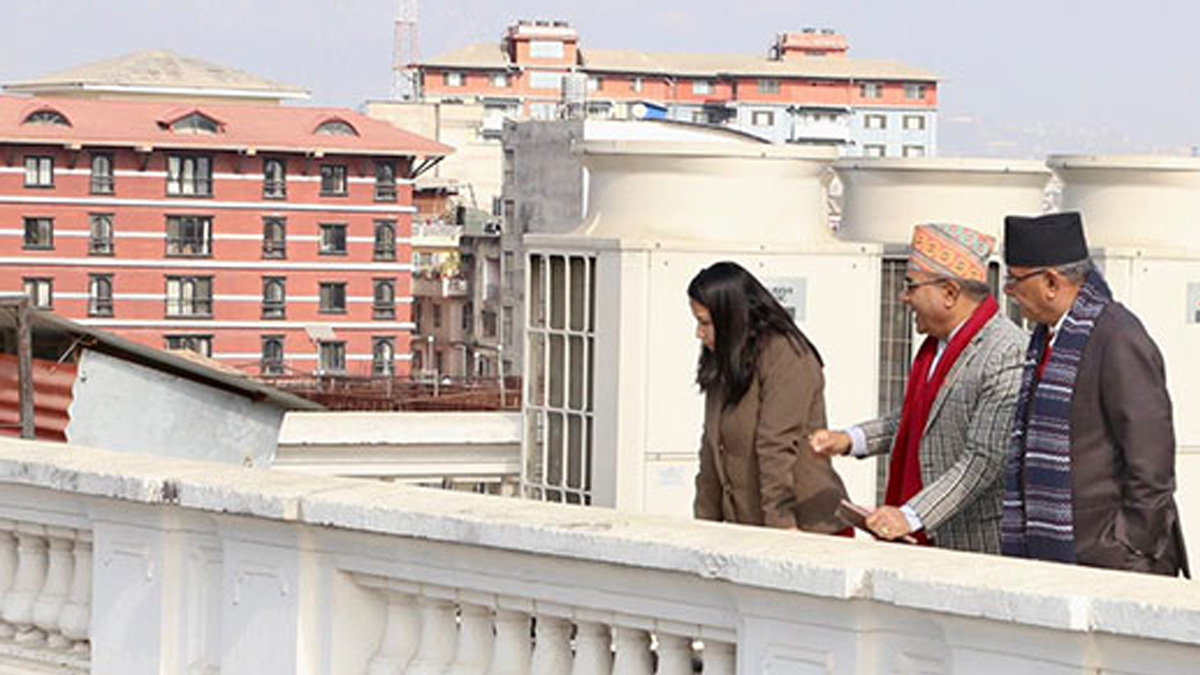 Prime Minister Pushpa Kamal Dahal ‘Pracahnda’ made an observation of various structures in the new building at the Office of the Prime Minister and Council of Ministers in Singha Durbar today.

On the occasion, the PM inspected the ‘action room’, studio, a hall under construction in the fifth floor of the building and other rooms, among other facilities in the building. He also viewed the other buildings and structures in the Singha Durbar from the building.

In this connection, the Executive Chief said that the general public should be provided with an easy access to Singha Durbar, the country’s main administrative centre.

Chief Secretary Shanker Das Bairagi briefed the Prime Minister on the under construction Parliament Building, the old parliament building, other structures of various ministries and the conceptualized structures to be constructed within the Singha Durbar complex. 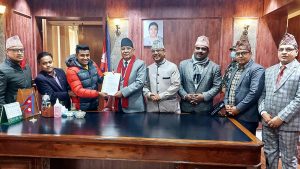