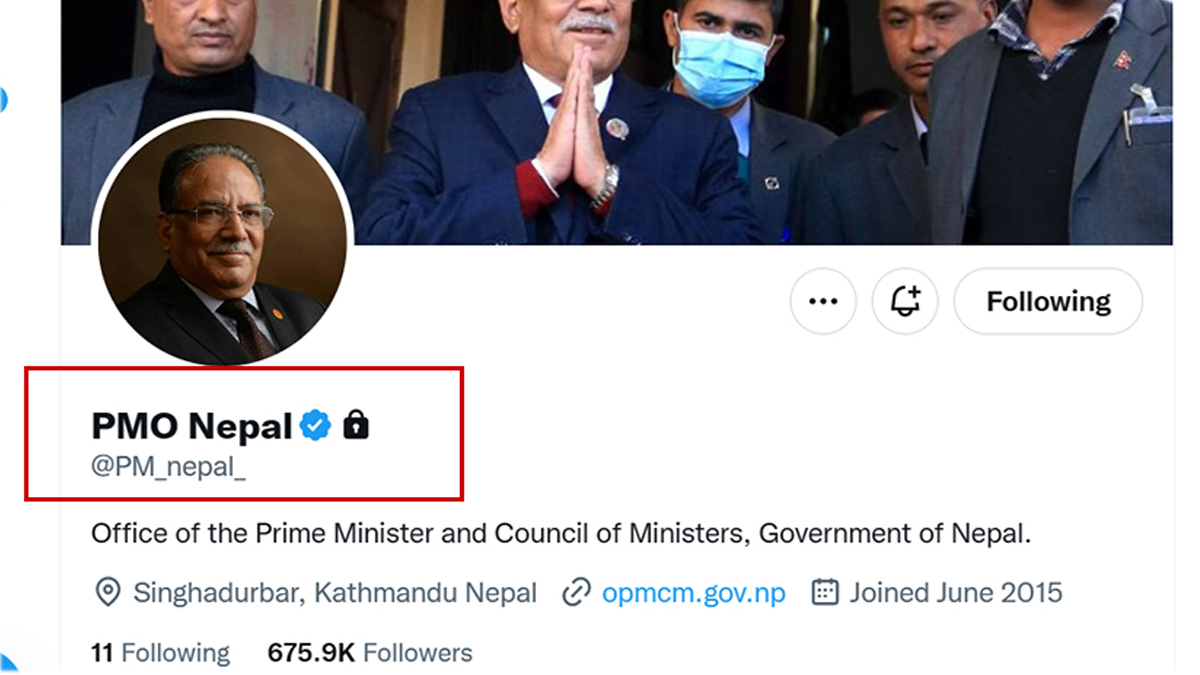 The official Twitter handle of Nepal Government, Prime Minister and Cabinet Office has been found as locked. The account named ‘PMO Nepal’ with a blue tick badge is now in a ‘locked’ state.

Locked account means that you cannot view and comment on Prime Minister’s tweets. When the account is locked, new tweets, retweets or comments cannot be made from it.

Prime Minister Prachanda’s Secretariat said that despite the appointment of the new Prime Minister, they have not yet received an official Twitter handle. A member of the Prime Minister’s Secretariat responded that he did not know about the matter of the account being locked as the Twitter account had not been handed over to them.

According to Prachanda’s Secretariat, that Prachanda’s photo update on twitter was not from him.