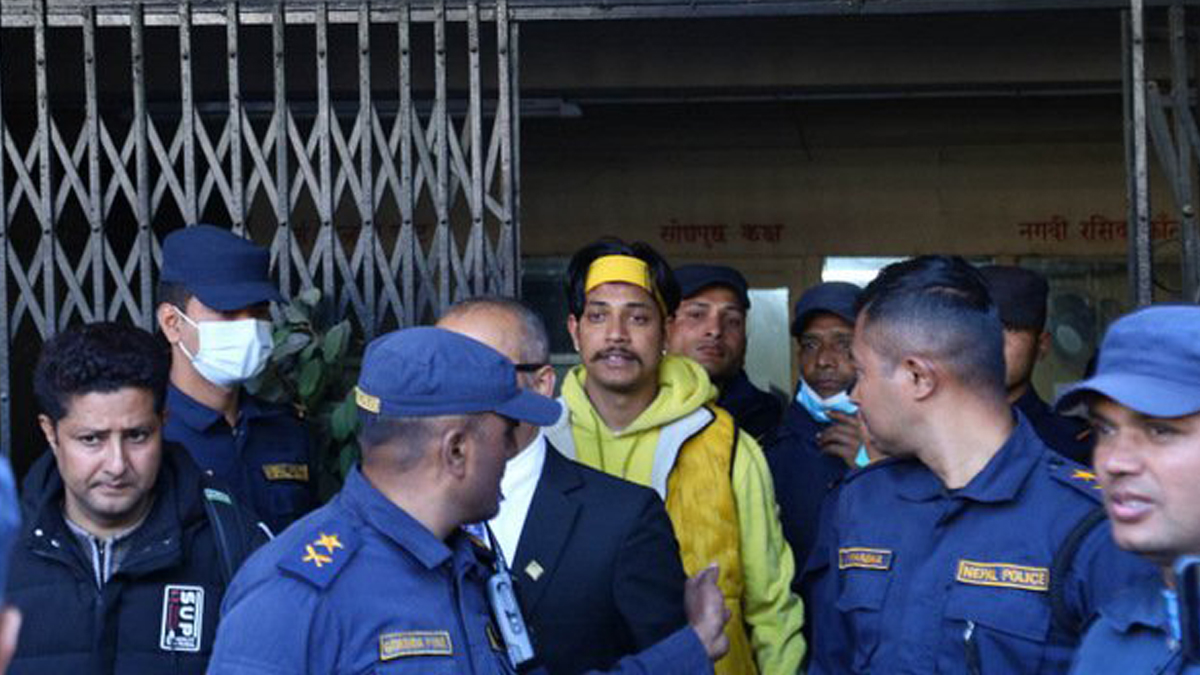 Former captain of the Nepali national cricket team, Sandeep Lamichhane, has been released from the central jail on today (Friday).

He was accused of raping a minor.

The Patan High Court on Thursday issued an order to release rape-accused Lamichhane on a bail amount of Rs 2 million.

Court registrar Thagindra Kattel said that the court has ordered Lamichhane not to contact the 17-year-old rape victim and if he is found to have contacted the victim and her family members, he will be sent back to jail.

Meanwhile, the court has also barred Sandeep from flying abroad.

He is also required to seek permission to leave the Kathmandu Valley.

The Kathmandu District Court on November 4 had passed the order to send Lamichhane to the Sundhara-based central jail after a detention hearing.

Lamichhane had file a petition in the Patan High Court against the order of the Kathmandu District Court to keep him in custody and proceed with the proceedings in the rape case.