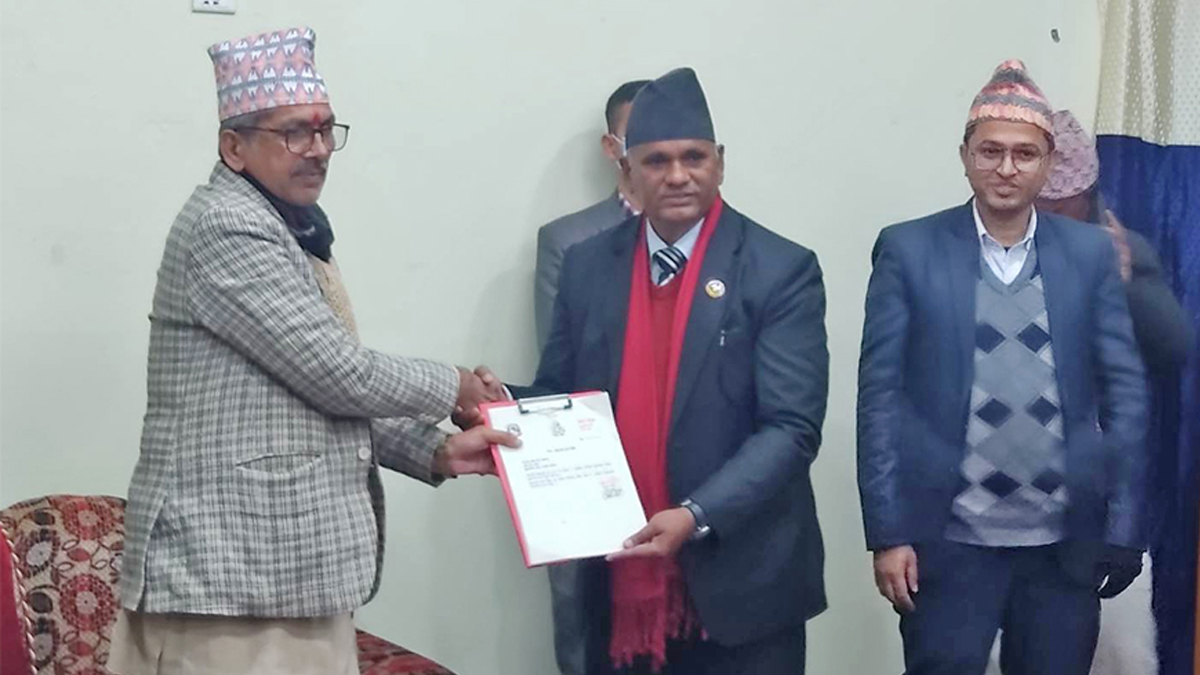 The fifty-eight-year old Rawal is a resident of Mahendranagar municipality of Kanchnapur. He was elected province assembly member under the proportional representation electoral system.

He had secured support from 29 province assembly members, including 11 from the CPN (Maoist Centre), 10 from the CPN-UML, seven from the Nagarik Unmukti Party and one from the Rastriya Prajatantra Party.

It requires support from 27 members to secure majority in the 53-member province assembly.

It may be noted that UML and Maoist Centre had reached an understanding at the party central level to govern the province on rotation basis.

It was also agreed to give the Speaker of the Province Assembly to the CPN (MC). As per the agreement, MC’s Bhim Bahadur Bhandari has filed the candidacy to the post of the Speaker on Wednesday.

Nepali Congress (NC) candidate Man Bahadur Rawal had also registered his candidacy for the same post. NC is the largest party in the province assembly with 19 members.