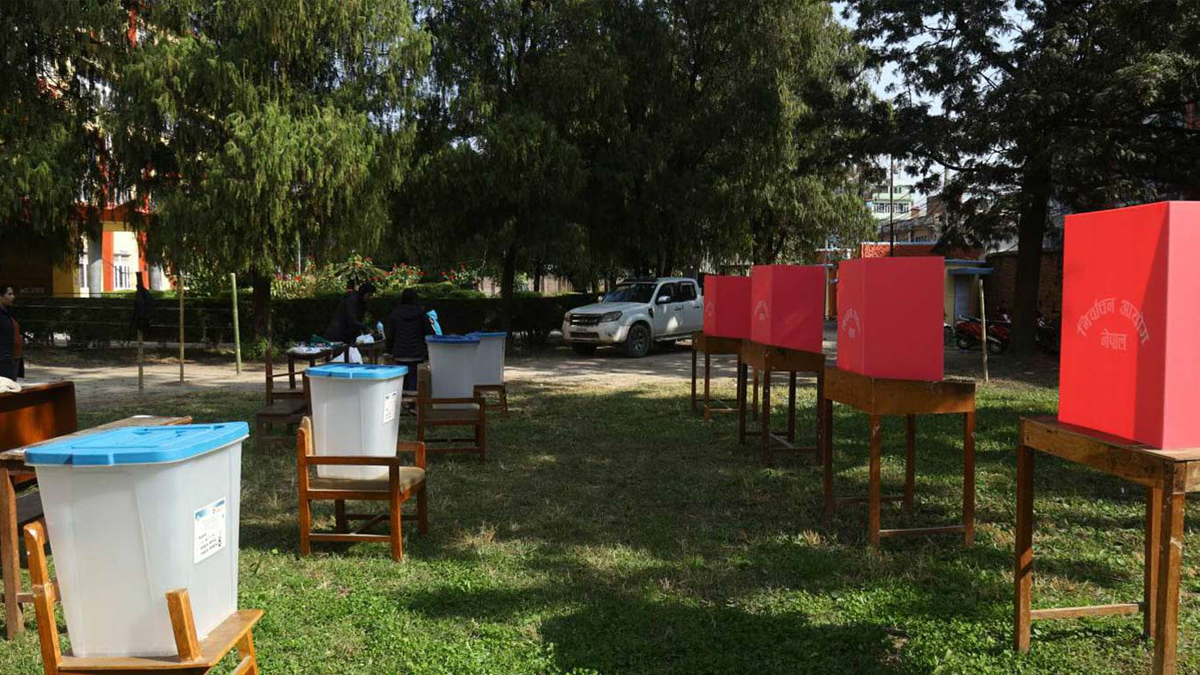 Voting is taking place today in two of the polling centres where voting under the election to the Member of the House of Representatives and Province Assembly on Sunday had to be suspended due to political dispute.

Voting at Ganya Bhagawati Secondary School Arbeni polling centre at Kaligandaki of Gulmi district is to be held on November 22.

Out of the 15 polling centres where voting was said to be suspended on Sunday, re-polling was conducted at 11 polling centres in Bajura on November 20 itself after reaching a political understanding.

The date for re-polling is yet to be decided only at the Nandeshwori Secondary School, Pipalchaur polling centre of Budhinanda municipality-5 in Bajura district.