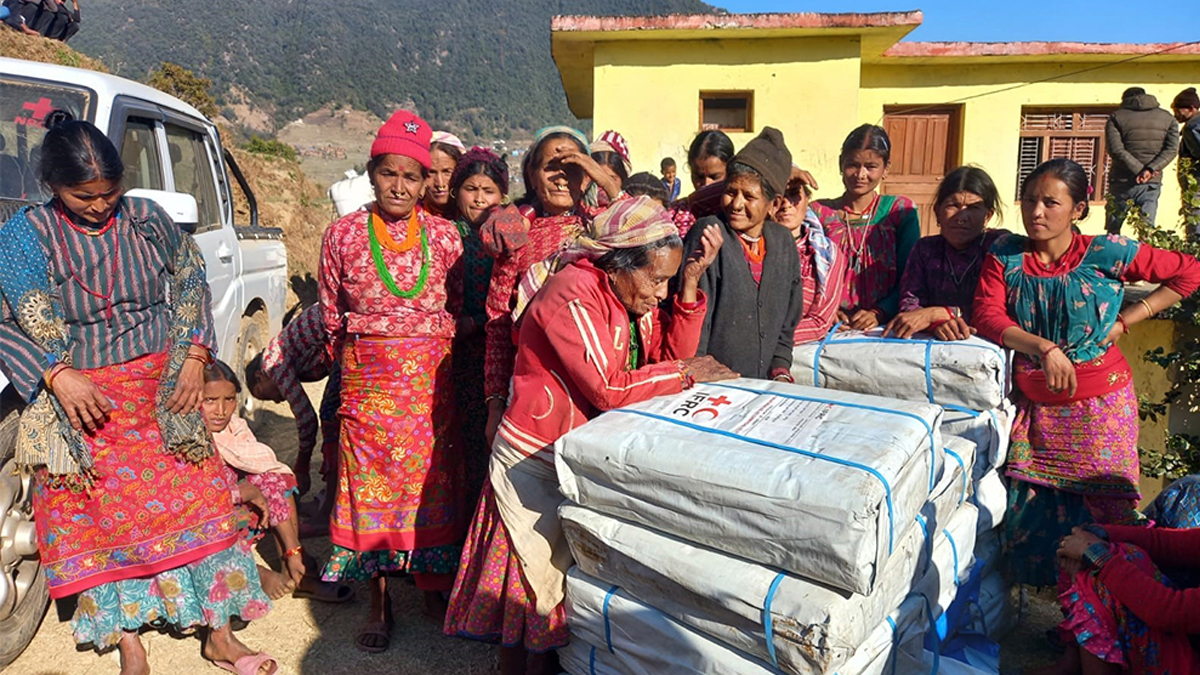 The Nepal Red Cross Society has started the process to build makeshift houses for the earthquake victims in Doti, Achham and Bajhang districts. The International Federation of Red Cross and Red Crescent Societies has provided financial assistances in this initiative.

On 9 November, 2022, a 6.6 magnitude earthquake with its epicenter at Gairagaun of Purbi Chauki Rural Municipality-3 in Doti district struck, killing six persons and injuring eight others of the village. Other places of Doti and Achham and Bajhang were affected. Collecting detailed data of the losses in the disaster is underway, it has been said.

Under the relief distribution, around 300 quake victims of the districts were provided money, according to the Red Cross Society. Similarly, 4,400 pieces tarpaulin, 2,200 quilts and 500 dignity kits would be provided.

The beneficiaries have been already selected for the relief materials with the help of the respective local level, and the district disaster management committee, it said.

NRCS said arrangements have been made to deposit the amount in the individual accounts of the affected families. Highest 200 families were affected in Doti, 50 in Achham and 50 in Bajhang.
The Society has adopted the policy of providing financial assistance of Rs 15,000 to post-partum mothers, pregnant women, people with disabilities and vulnerable families among the most-affected 300 families. Two hundred beneficiaries in Doti and 100 each in Achham and Bajahnag have been identified for this purpose. The amount would be deposited in the individual bank accounts of the beneficiaries at the recommendation and coordination of the local governments, NRCS stated.

A survey of the damage would be gradually conducted at all the local levels in the district. Vic-chairperson of Purbichauki Rural Municipality, Pashupati Devi Khadka informed that construction of temporary shelters has been started with the NRCS’ assistance for sheltering those families rendered homeless.

IFRC has said humanitarian assistance would be continuously provided for building resilience of the disaster vulnerable communities.