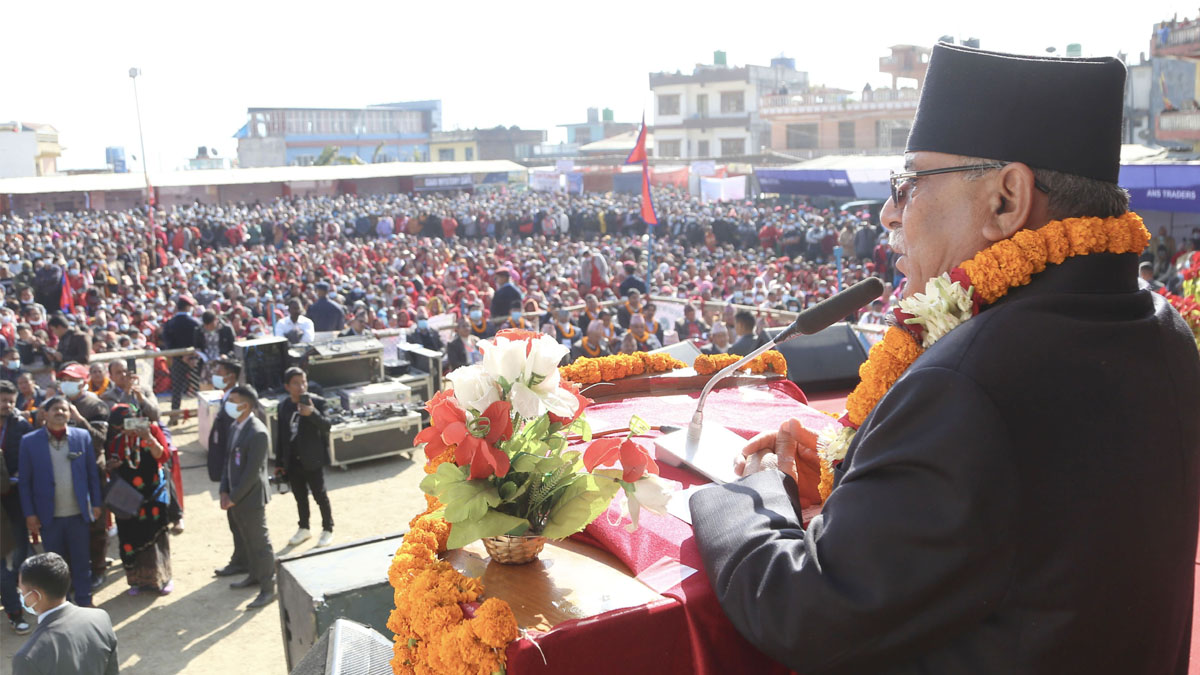 Prime Minister Pushpa Kamal Dahal ‘Prachanda’ asserted that the vote of confidence he obtained in the parliament to becoming common Prime Minister of all political parties had added more responsibilities and challenges.

PM Dahal expressed so while inaugurating the 11th Gorkha Festival and provincial agriculture, tourism and industrial trade fair-2079 BS organized by the Gorkha Chamber of Commerce and Industry in district headquarters of Gorkha district today.

Stating that he got a historic opportunity to deliver as the common Prime Minister, Dahal admitted that he would take it both as a huge challenge and opportunity.

Assuring that he would help development and prosperity agenda get an impetus, PM Dahal pledged to move ahead in collaboration with the private and public sector to give an impetus to national economy.

Furthermore, the Head of the Government reaffirmed his commitment to take forward development works related to Budhi Gandaki Project, construction of Arughat Roila road section and operation of the Palungtar Airport among others.

“My top priorities are taking forward the incomplete development projects and ushering country on the path of prosperity,” said PM Dahal.

Extending his gratitude towards the voters of Gorkha district for electing him, he said that he got an opportunity to serve the citizens of Nepal by getting elected.