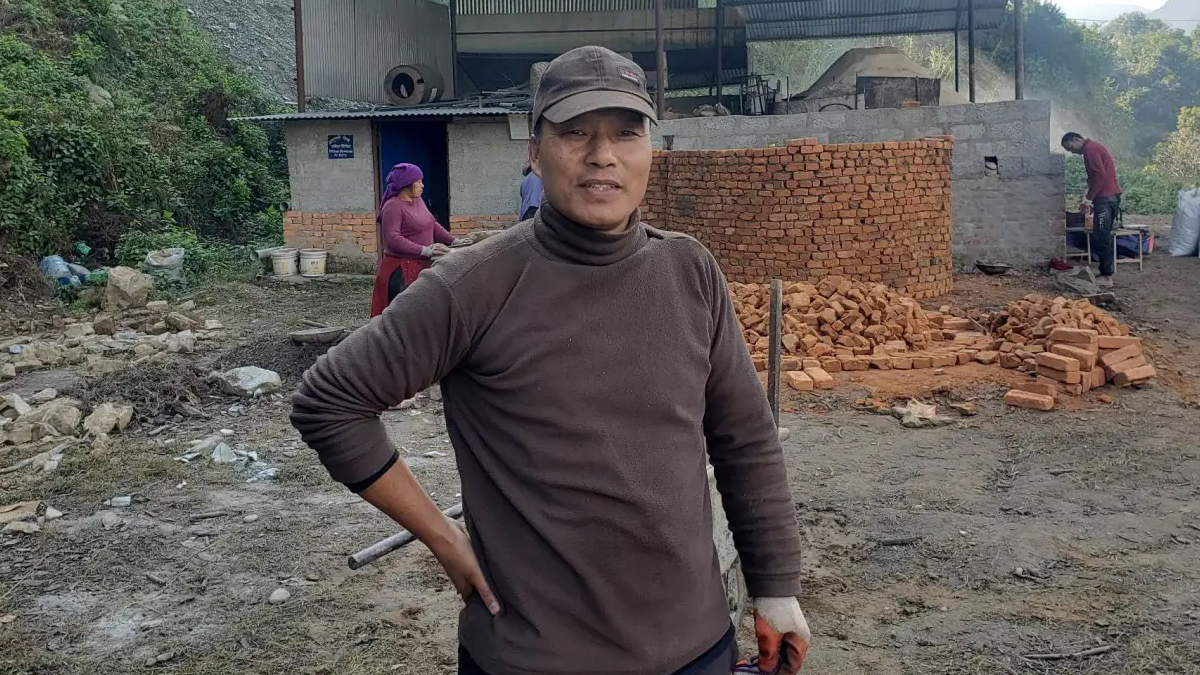 The 46 –year-old has been in this occupation for the past four years. Now he earns net profit of Rs 60,000 from coal industry. Pun said he has twined skills he learnt in the South Korea with modern technology to ensure that his business meet the operation standard. “In Korea, I worked in a coal industry and I am using that skill and experience back home.”

He established the industry in 2075 BS and COVID-19 pandemic all of a sudden hit socio-economic life on larger scale when he was thinking that now it was his time to take returns from the business. The expectation went unmet. He said he was upset indeed, but did not lose his hope as he could see the light at the end of the tunnel.
The business is making a recovery since last April-May.

He now produces two quintals of coal on a daily basis. There is no market issue for the productions as demand is high. He is planning to extend his business by adding three more charcoal kilns and make them five. He said he is ever ready to transfer his skills to the interested.

Pun has been producing upto two quintals of coal in recent days and making an income of more than Rs 60,000 a month by selling coal. He has employed three workers. “The income crosses Rs 100 thousand. But since I have to hire workers and pay them, I save over Rs 60,000 a month,” Pun said.

The villagers are also happy with his efforts, hard work and use of skills he learned abroad. “It’s a matter of pride for our village that an industry is run in the locality by a local youth who has returned home from abroad. The industry has provided employment to locals. It has also inspired other youths to start enterprises and work, staying in home country itself,” said Santosh Subedi, a teacher at the Siddha Basic School.

Pun shared that his coal industry is doing well, businesswise, due to the support of the villagers and his own efforts. He has two production plants and said he exports the coal to various cities including Pokhara and Kathmandu.

“All the coal is sold out from the industry itself. There’s no shortage for market. In recent days I am finding it hard to even meet the soaring demand,” an exuberant Pun said, adding that he plans to add three more plants for that. He plans to save more than Rs 100 thousand a month by selling coal.

He is even ready to share his skills and ideas with those who want to set up coal production plants.