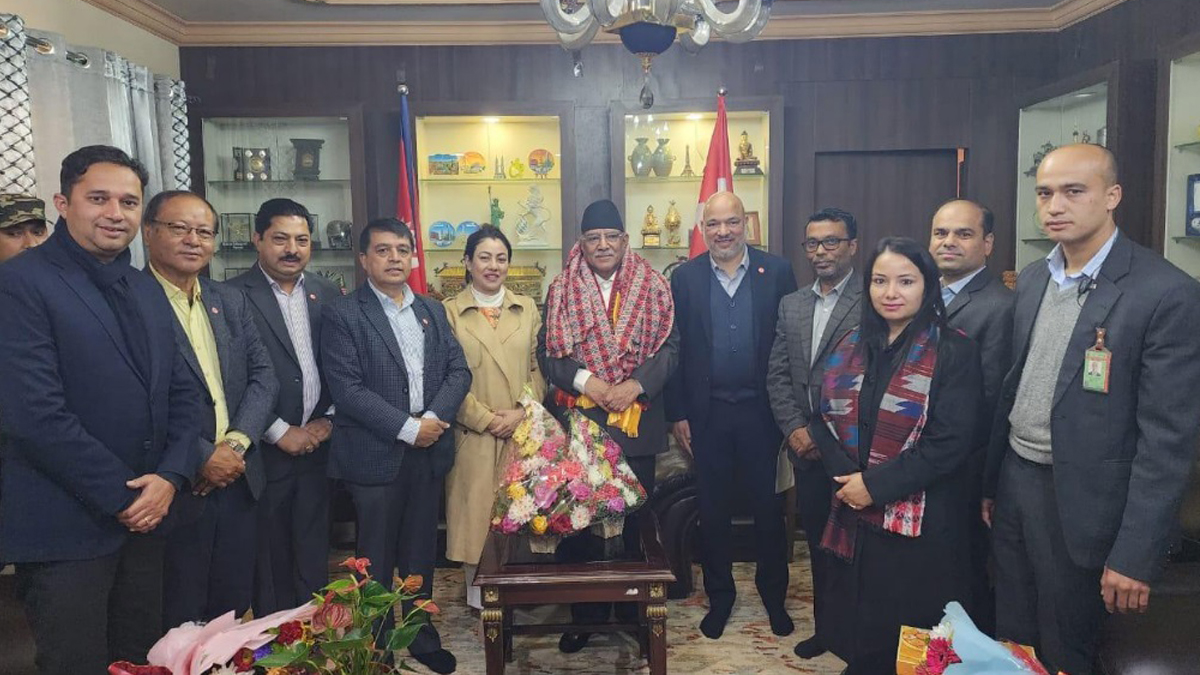 Newly appointed Prime Minister Pushpa Kamal Dahal ‘Prachanda’ has underscored that reviving the economy is the government’s first priority. He said the very first meeting of the Council of Ministers has made a special decision in this connection.

Prime Minister Dahal expressed this during a meeting with a delegation of the Federation of Nepalese Chambers of Commerce and Industry (FNCCI) office-bearers this morning. He said he respects the concern and worry shown by the private sector regarding the serious condition of the economy.

“The Federation is on a campaign of saving the economy. You’ve come for a meeting in the early morning, this shows your concern for the economy and that’s why you are calling for a solution. The government takes your concerns seriously,” the FNCCI through a press release quoted the Prime Minister as saying during the meeting.

The FNCCI stated that views were exchanged regarding revival of the country’s economy during the meeting took place at the Prime Minister’s private residence.

On the occasion, FNCCI president Shekhar Golchha extended congratulations and best wishes to the newly-appointed PM on behalf the entire private sector, and also briefed the Prime Minister about the present condition of the national economy.

Prime Minister Dahal said he is also studying the suggestions given by the FNCCI in past and expressed the belief that initiative would be taken to resolve the problems soon sitting with the Finance Ministry, Nepal Rastra Bank and private sector on this matter.
FNCCI President Golchha reminded that the Prime Minister himself was aware about the country’s economic condition, situation of industries and business as they had already briefed him about the dire straits of the economy.

President Golchha suggested postponing capital loans guideline at least for two years and the Central bank should use all monetary tools to solve the problems of liquidity crunch
He also stressed that the new government should focus its all attention for revival of the country’s economy as it is in very sensitive condition.