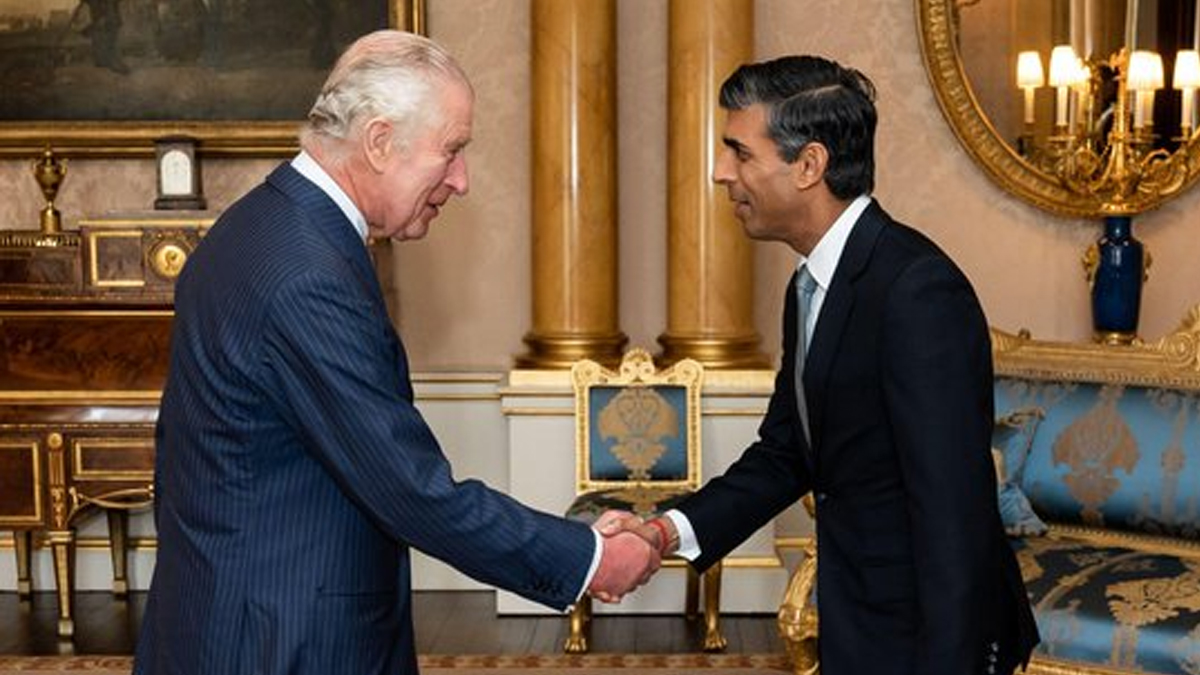 Rishi Sunak has been officially announced as United Kingdom’s Prime Minister after he met King Charles III at Buckingham Palace.

Sunak’s leadership was confirmed when he met King Charles III at Buckingham Palace and was invited to form a government by the new monarch, a ceremonial rubber-stamping act known as “kissing hands.”

The former finance minister is now the United Kingdom’s third leader in seven weeks, following the collapse of Boris Johnson’s scandal-plagued government and the lightspeed implosion of Liz Truss.

The 42-year-old former Chancellor of Exchequer, a devout Hindu, is the youngest British prime minister in 210 years. He is also the first Hindu Prime Minister of Indian heritage in the UK.

Sunak won the latest Conservative leadership race after his rival Penny Mordaunt failed to secure the required 100 nominations from her fellow Conservative MPs to make it onto a head-to-head ballot. He also beat off a brief challenge from former PM Johnson, who decided to pull out of the contest Sunday night despite claiming to have enough nominations to make the cut.

Sunak has promised to “fix” the economic mess wrought by his predecessor Liz Truss after being appointed the new U.K. prime minister.

In a sombre speech on the steps of No. 10 Downing Street Tuesday, Sunak said “mistakes were made” by his predecessor and that he had been appointed “in part, to fix them.”

Now Sunak will appoint his Cabinet, personnel who will give a sense of how he hopes to tackle the plummeting fortunes of the country’s economy and his own political party.