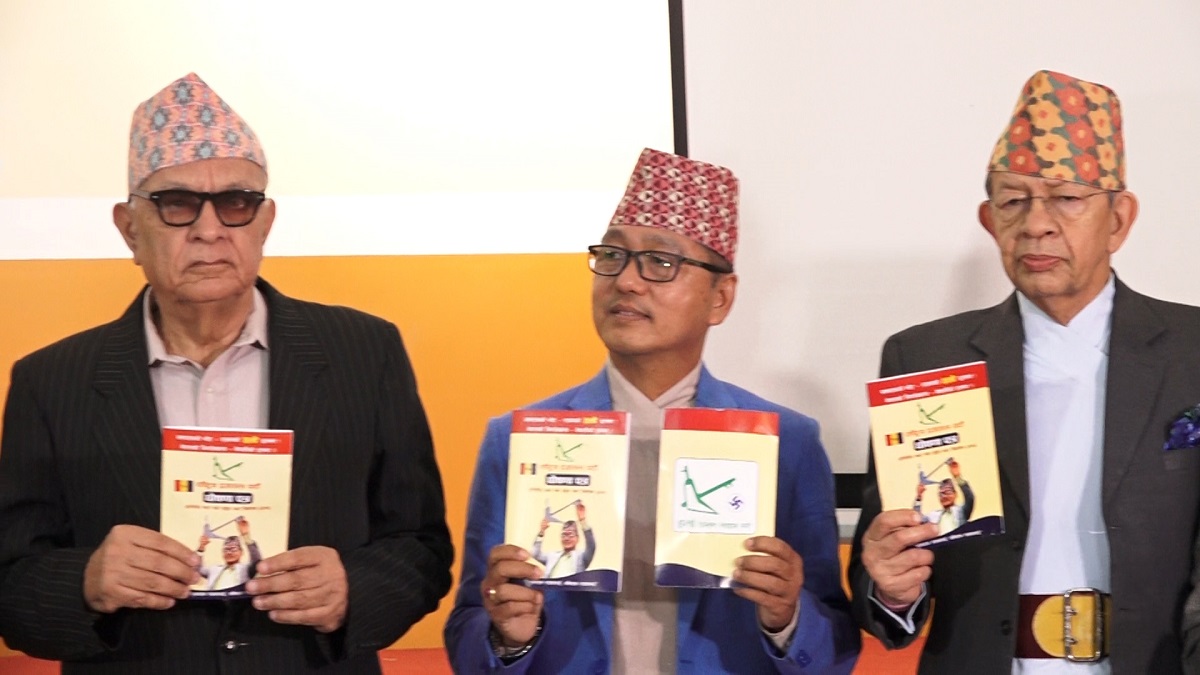 The Rastriya Prajatantra Party (RPP) has urged voters to utilize the upcoming elections as a golden opportunity for the blanket transformation in the entire economic, social and political sectors.

RPP is always committed to democracy and the supremacy of people, said the RPP Chair Rajendra Lingden while unveiling the party election manifesto amid a function here today. Saying the RPP has regarded Prithvi Narayan Shah, the present Nepal unifier, as an ‘ideal man’, he said the party’s destination was for efficient and prosperous Nepal.

The emphasized capital build-up, sustainable development, free health and education, social justice, and equitable prosperity, the party in the manifesto has pledged to uplift Nepal to a middle-income country until 2087 BS.

It has been advocating the restoration of the monarchy as a guardian institution, a direct-elected executive Prime Minister, fully proportional parliament, a strengthened local level, and a Hindu state.

The party has come up with a foreign policy that would accept the friendship of all, but not accept foreign interference. Equitable prosperity, education, health, jobs creation, the safety of people’s lives, farmers’ honor, increment in productivity, capital build-up, sustainable irrigation system, sustainable development activities, safe drinking water, development of hydropower projects and construction of sports grounds are among the commitments mentioned in the manifesto.