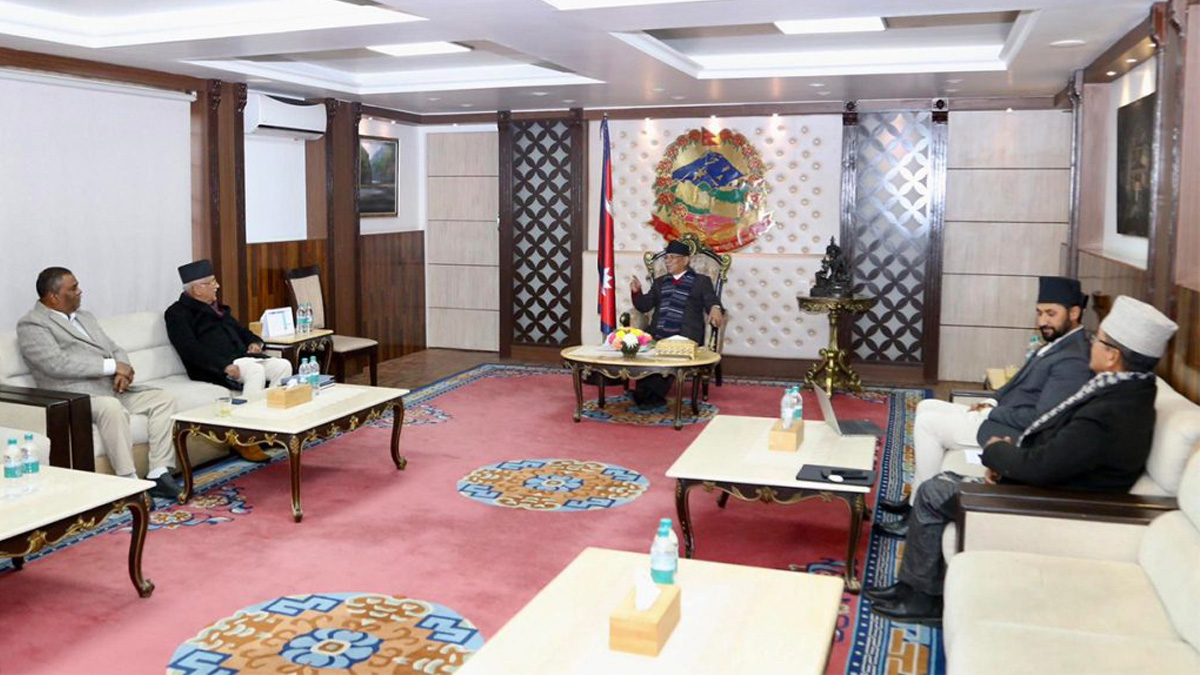 The meeting of the ruling coalition partners is underway at the Prime Minister’s residence, Baluwatar.

The meeting is scheduled to discuss contemporary political issues, the minimum common program of the government and expansion of the council of ministers, as well as the vote of confidence, among others.

Prime Minister Dahal is preparing to seek a vote of confidence at the federal parliament on January 10.