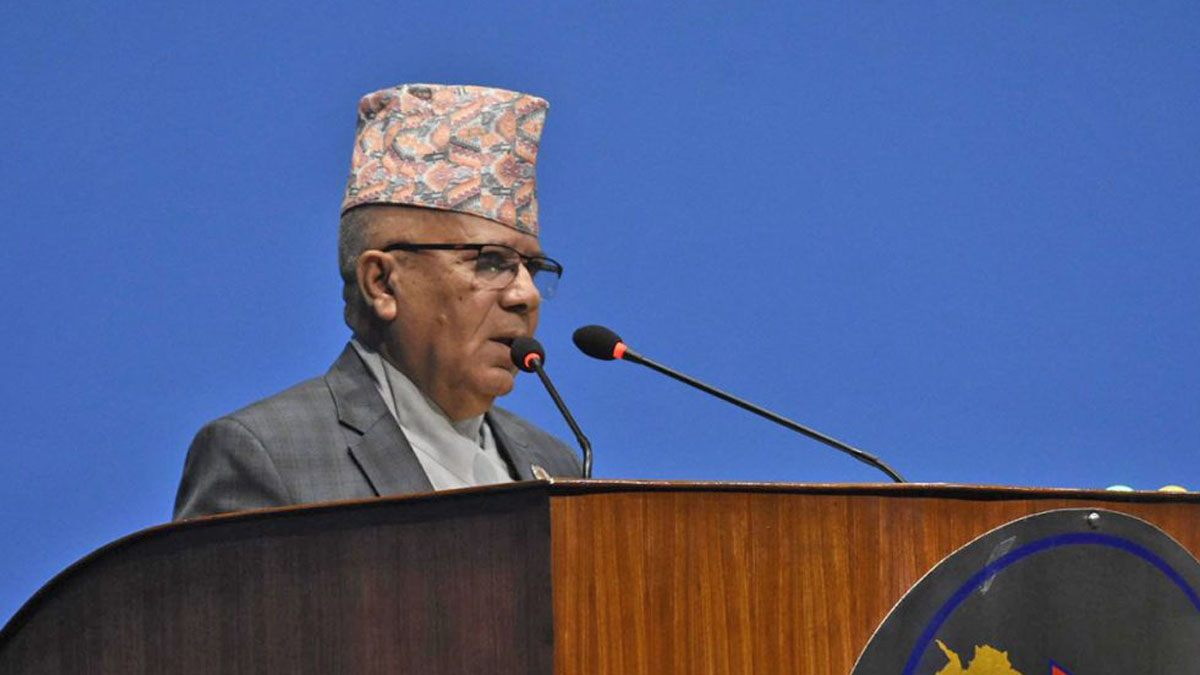 CPN (Unified Socialist) Chair and former Prime Minister Madhav Kumar Nepal has called for unity among all in protecting the Constitution and the democratic republic.

Addressing the very first session of the House of Representatives formed after the November 20 general elections, he stressed on implementation of federalism so that the people would be able to feel it. Leader Nepal advised the government to work in keeping with the main spirit of socialism.

Stating that the political seniors of Nepal have made many contributions to make the country and the people sovereign and free, he said the people expected much from the present political leadership as well.

The Unified Socialist Chair congratulated newly-elected Prime Minister Pushpa Kamal Dahal ‘ Prachanda’ and suggested putting his words into practice and working as per the people’s aspiration.

Leader Nepal also reiterated that the government should work for promoting good governance, pointing out that corruption, delays, impunity, and irresponsibilities were increasing in the country.

We will play an active role in protecting democracy: Chair Raut

Janamat Party Chairman Dr Chandra Kant (CK) Raut has said his party will play an active role in the sustainability of the federal, democratic republic while respecting this dispensation.

He insisted that the Janamat Party will work in a responsible manner for defending the ‘world’s best governance system’.

He thanked the people for giving his party the mandate to represent them in the parliament. Dr Raut called on all to collectively address the problems facing Nepal, a nation full of diversity.