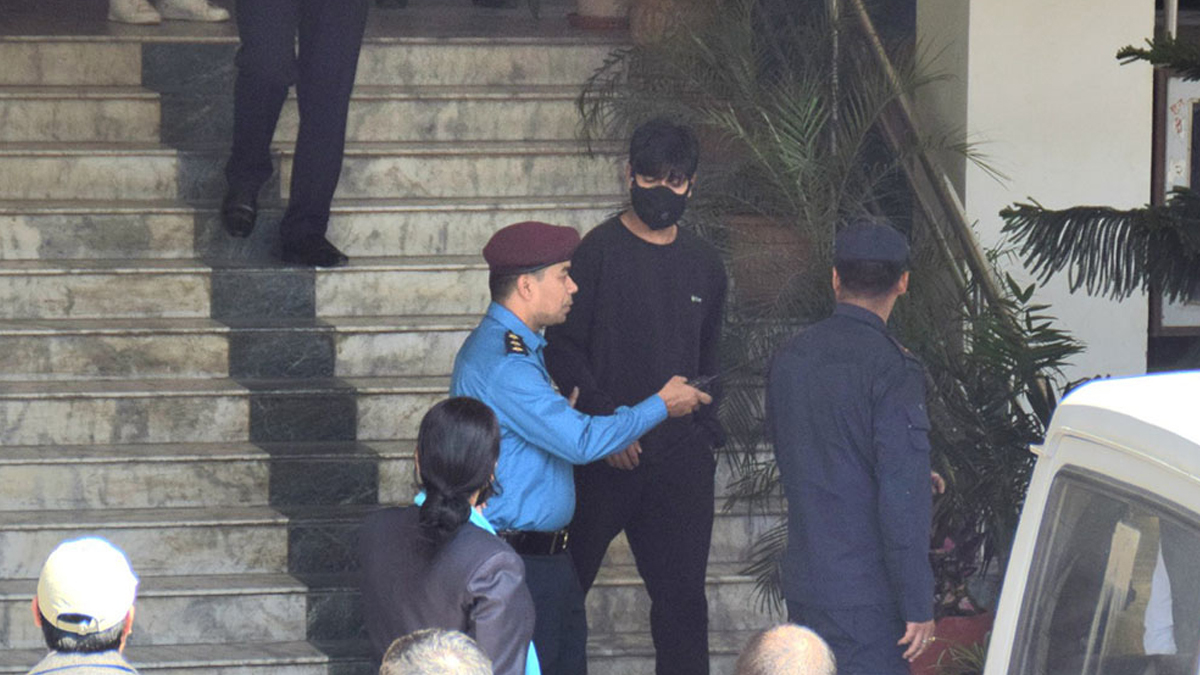 Sandeep Lamichhane, the suspended captain of the national cricket team, has been sent to prison. The Kathmandu District Court ordered to send Lamichhane to judicial custody on Friday.

The single bench of Kathmandu District Court Judge Madhav Prasad Ghimire sent Lamichhane to judicial custody until the case filed against him is decided. He is sent to judicial custody after the completion of the bail hearing which began on Wednesday.

The argument on behalf of the plaintiff and the defendant was over on Friday.

Supporters of Lamichhane were hopeful that he could be released on bail as his and the survivor’s statements with the police had contradicted and his statements could be upheld by the court. However, the court sent him behind bars even before proving him guilty.

With the court order, he is being kept at the Central Jail, Sundhara.

The Office of the District Government Attorney on Monday registered a case against Lamichhane charging him with raping a minor and demanding a prison sentence of up to 12 years against him.

On September 6, a 17-year-old minor filed a complaint against Lamichhane at the Gaushala Police Circle.

Lamichhane, who has been in police custody since he was arrested following an FIR filed against him, has been denying the charge of raping the teenager girl. He had given a statement that he is innocent and did not rape the girl.