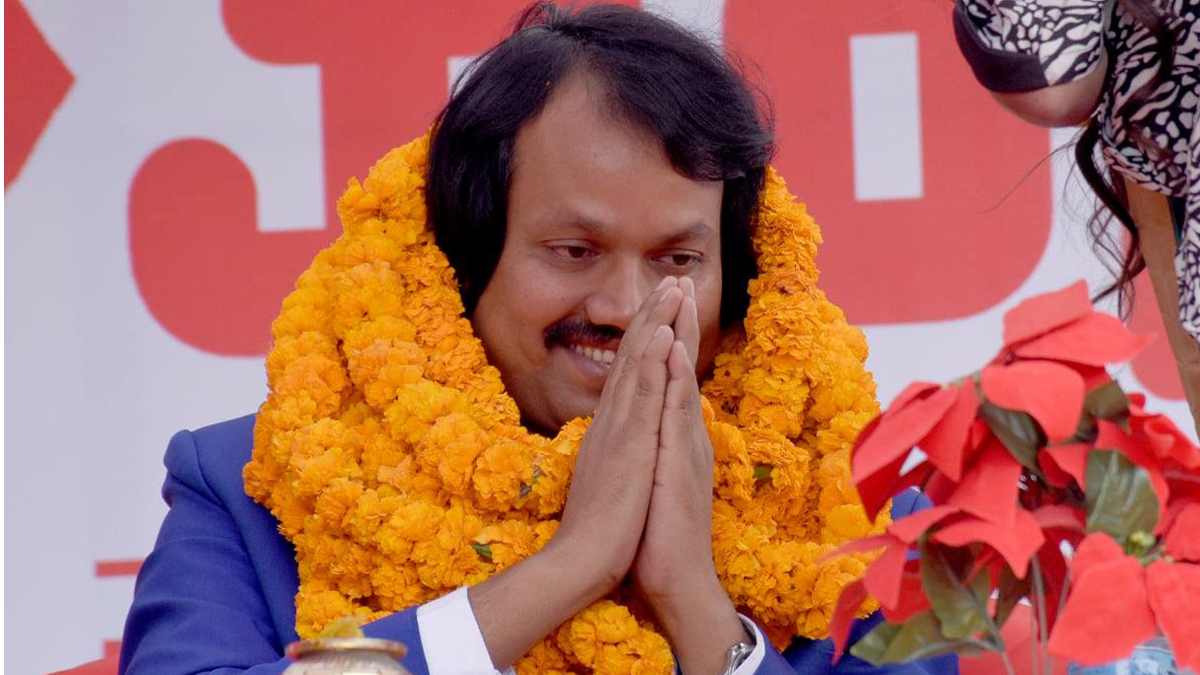 By Raju Bishwokarma, Saptari, Nov 25 (RSS): The Saptari electoral constituency 2 elected a new face to the House of Representatives this time too following the previous trend.

Since the 1990’s political revolution in the country, voters of Saptari -2 continue to elect a new face in each general election.

This time voters here decided to send CK Raut of the Janamat Party to represent them as a member of the HoR with majority votes. The Janamat Party Chair has become successful in winning the people’s trust here as he defeated his nearest rival Janata Samajbadi Party Chair Upendra Yadav by a huge margin.

He won by a whopping margin of over 18 thousand votes against Yadav, the winning candidate in the 2017 general election.

Raut finished with 35,042 while Yadav’s tally is 16,979, according to Chief Election Officer Hemant Rawal.

Yadav hopeful of breaking the trend by ensuring his reelection from the constituency to the HoR this time failed to convince voters.

In the seven elections since 1990, voters here are reluctant to give a second chance to their winning representatives.

In the 1991 general election, Nepali Congress’s candidate Hari Prasad Ray got his candidacy endorsed by majority votes followed by Rashtriya Prajatantra Party’s Renu Kumari Yadav in 1994. Similarly, Anish Ansari of the then Nepal Sadhbhawana was elected in 1999, Mahesh Yadav of the then Sadhbhawana Party in the 2008 Constituent Assembly elections, Umesh Kumar Yadav of the CPN (Maoist Centre) in the 2013 second CA elections and Yadav in the previous general elections.

This time, the majority of voters in Saptari-2 s endorsed Raut’s candidacy who was a completely new face for them.

Going by Raut’s profile, he has many feathers in his cap. He previously quit a job at the National Aeronautics and Space Administration (NASA) of the United States of America before returning to his home country a decade ago being inspired to work for the country.

Voters have expected much from Raut, observed Political analyst Dev Narayan Yadav. It seems that voters were attracted to his ‘catchy’ election symbols. “But it may not be easier to implement them in a true sense.”

People expected Raut’s election to the HoR to be helpful in promoting the projects such as the Ram Raja Prasad Singh Academy of Health Sciences, and materialising plans to operate a nursing college, engineering college and agriculture university to elevate the development of Saptari.

Elected Raut said he is committed to keeping the people’s trust in him intact through his action. He will test himself through his action. “I will not let them down. I will walk the talk.” His first efforts would be for simplifying and systematising the government service delivery by increasing its efficiency.

An end to illiteracy and malnutrition in the district, increased people’s access to healthcare services, creation of job opportunities, and smooth supplies of fertiliser, seeds and irrigation to farmers are among his prime election agenda, according to him.(RSS)