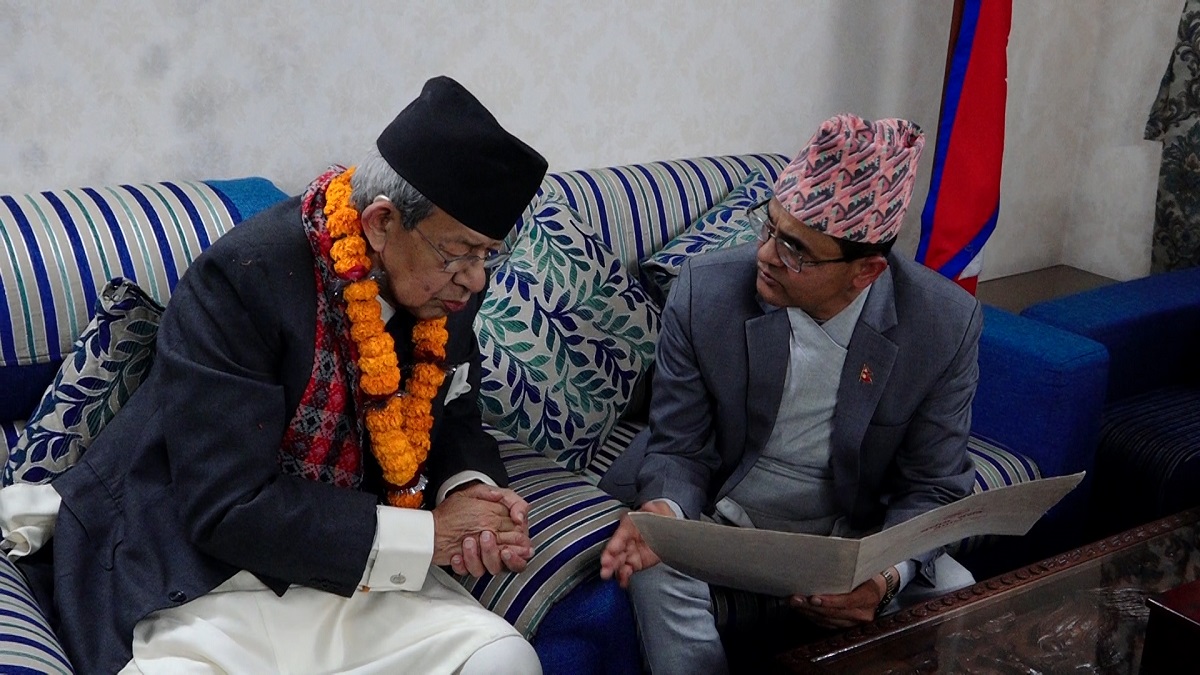 House of Representatives (HoR) seniormost leader by age Pashupati Shumser JB Rana today assumed office at the Federal Parliament Secretariat in Singha Durbar. He will administer the oath to newly elected members in the lower house on Thursday.

Talking to the media after assuming office, the leader pledged to carry out his roles and duties impartially, underlining the need of promoting the multiparty democratic parliamentary system in the country.

Prior to this, he took an oath before the President at the Office of President, Shital Niwas.

He will coordinate and facilitate the HoR affairs until it elects the Speaker. He took charge today by endorsing General Secretary Bharat Gautam’s proposal to summon a meeting of the Business Advisory Committee meeting at 12:05 pm on Thursday.

The constitutional provision is that if the election to the Speaker and the Deputy Speaker is not held or if both the positions become vacant, the attending member who is by age the seniormost shall chair the meeting of the House of Representatives.