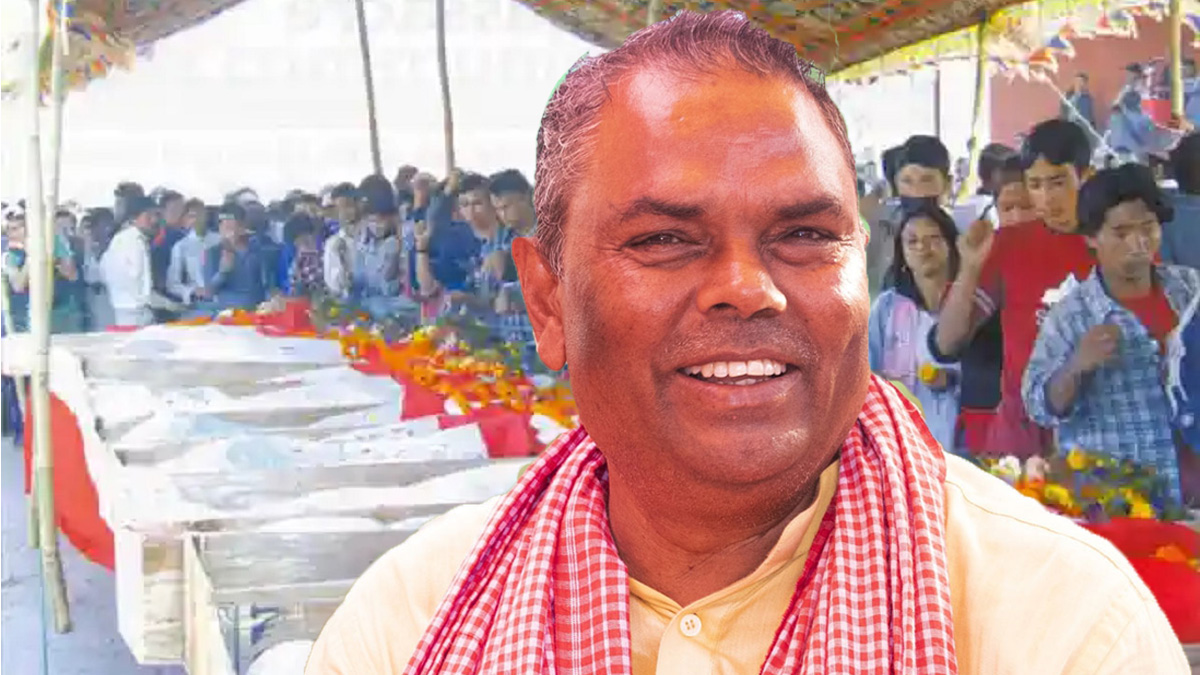 Upendra Yadav, the chairman of Janata Samajwadi Party (JSP) who emerged in national politics on the foundation of the Madhes movement, always managed to stay close to power. Yadav who created a controversial image for his connections with international extremist organizations and activities that incite religious tolerance has finally been defeated in the House of Representatives elections from Saptari Constituency 2. CK Raut the Chairman of the Janamat Party defeated Yadav by a wide margin.

How did Yadav, who was an unopposed leader from Madhes in Nepali politics for the last few decades, get defeated by the chairman of the party who has just entered politics? Why did Yadav, who continuously played an important role in the formation and overthrow of the central government, not remain popular among the voters this time? Yadav, who has been the Deputy Prime Minister and the Minister of Foreign Affairs and Health, has his political journey started to decline with this defeat?

All the answers to these questions have been clarified by Yadav’s recent activities.

Born in Bhagwatpur of Saptari in 2016 BS, Yadav’s initial political journey was from a left-wing background. After completing his master’s degree from Mahendra Morang Adarsha Bahumukhi Campus, Biratnagar, he started politics with the Communist Party. In 2048 BS, Yadav was made a candidate by Nepal Communist Party (Unified Marxist–Leninist) from Sunsari-4 but he could not win.

In 2056 BS, when he raised the issue of Madhes within the party, he was accused of being a communal person. After that, he became active in the Madhesi Jana Adhikar Forum(MJFN) party.  Yadav, who had gone underground during the direct rule of the king, participated in the second Nepali Mass Movement 2062/63 by keeping the demands of the Madhesi community.

However, some Madhesi leaders, including him, started the Madhes movement saying that the Madhesi community was neglected even after the mass movement. At that time, some leaders including him were arrested after burning the interim constitution. Finally, the government was forced to listen to the demands of the Madhesi parties.

The Madhesi movement further strengthened the Madhesi Jana Adhikar Forum(MJFN) party. Yadav emerged as a strong leader from Madhes. He was so powerful that though he was disputed in the Gaur massacre, no action was taken by the government against him.

On 21 March [2007], 26 individuals linked to the Communist Party of Nepal (Maoist) and one unidentified individual were brutally killed at a clash between the Forum and the Maoists at Gaur in Rautahat. Even though Yadav and some leaders of the forum were considered guilty of the incident, no action was taken.

Instead, he became a minister and deputy prime minister for many times in the wake of similar incidents. He also won elections several times. He always remained at the center of power and strength.

However, Yadav, who has lately been criticized due to his political interest, has been accused of increasing (religious war) activities in Madhes with the help of Muslim extremist organizations in China, India, and Pakistan. Yadav is accused of playing the Hindu-Muslim caste card in Madhes.

It is alleged that he promotes leaders of Yadav origin from the party and promotes Muslim community leaders where there are no Yadavs. He is also accused of sidelining capable leaders and giving space to women close to him in politics.

Similarly, after seeing 10 Yadav candidates out of 17 candidates from JSP in Madhes state in the recent election of the House of Representatives, it is once again clear what his caste love is like.

A group in the Madhes has been opposing Yadav for promoting the Muslim Commission of embracing and promoting ‘Jihadi’ ideology.  The ‘Rastriya Ekata Abhiyan’ (National Unity Campaign) has been holding demonstrations and awareness programs against Jihad continuously in Yadav’s constituency and other places. Binay Yadav, the Chairman of Rastriya Ekata Abhiyan accused JSP President Yadav and Madhesh Chief Minister Lal Babu Raut of playing a game inside to promote jihadi activities in Madhes at the behest of Pakistan. 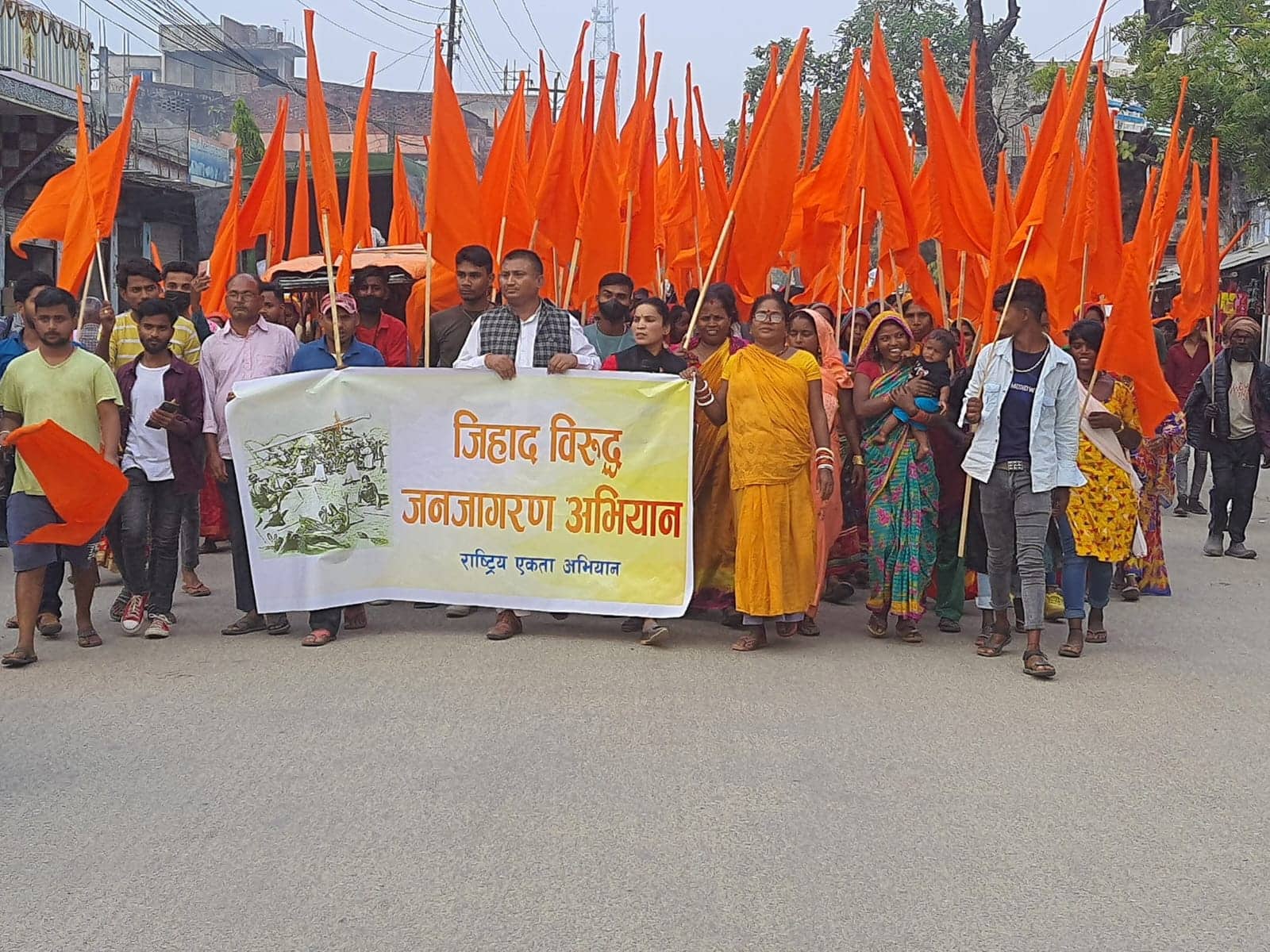 The Madhesh leaders themselves have been protesting against Yadav’s involvement in corruption despite being in power. Likewise, recently, he has also been accused of taking help from China to contest this HoR election. Due to the same controversial activity and image of Yadav, 12 JSP leaders were on the way heading to join UML. When a component of JSP broke up and became Lospa, he however managed to maintain his leadership by appointing some leaders as ministers.

Similarly, though he tried to stay in politics by cooperating with leaders including Baburam Bhattarai, he could not save himself in this election. Analysts say that because of this controversial image, the voters stopped believing him.

Another reason for Yadav’s defeat this time is being extreme opportunism for power.

Yadav, who was in the power coalition some time ago had tried to promote his son Amarendra Yadav by making him a candidate as the Deputy Mayor of Biratnagar with the help of the Congress, but he could not be elected. Yadav left the ruling coalition after the division of seats was not agreed upon and joined the UML at the last time of election.

This is also the reason why he was not chosen by the voters recently.

On the whole, Yadav, who has been playing politics on the basis of religious and caste cards, who has been accused of doing activities that are harmful to the country with the help of extremist organizations and China, and who has been accused of not being able to do anything for the Madhesi people even after coming to power, has been defeated in this election. This is a big setback in his political journey. Analysts say that the Madhesi community has given a big lesson to the group that does such activities.