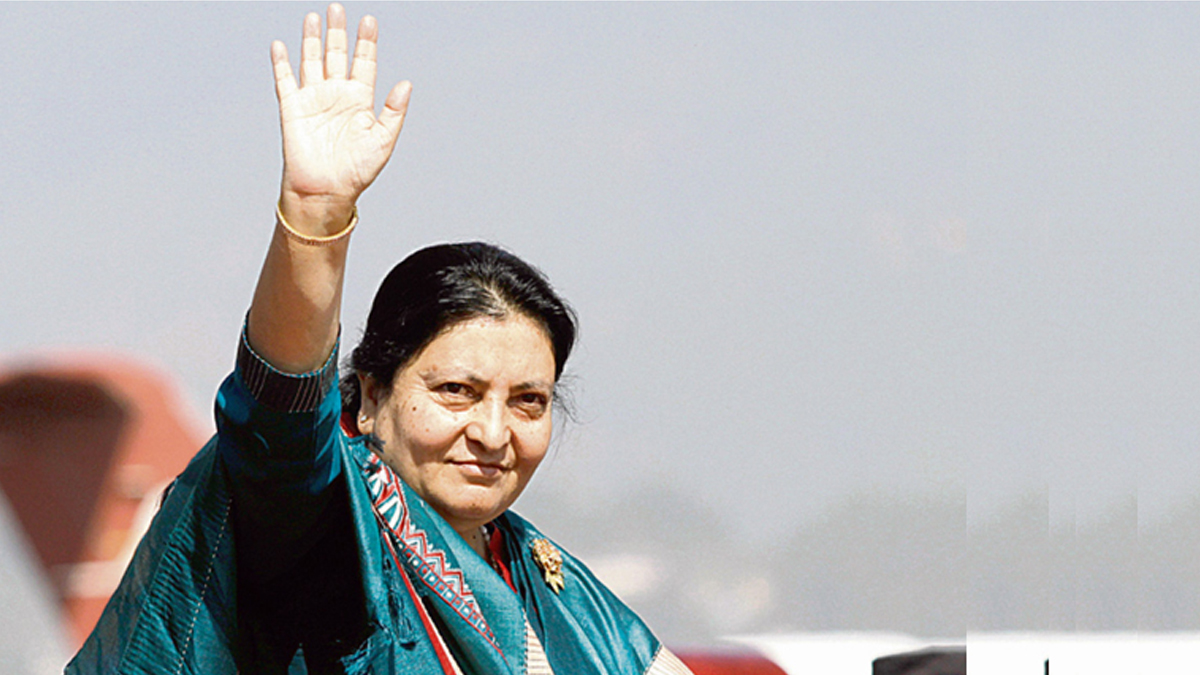 President Bidhya Devi Bhandari File Photo
Shree Panchami also known as Basanta Panchami  is being celebrated today across the country by worshipping Saraswati, the goddess of knowledge, wisdom, learning, art, music and culture.
The day is very special for students and new learners. Students take an early bath, observe the mass Saraswati Puja in schools, visit temples and listen to Basanta Shrawan.
Many educational institutions arrange special prayers or pujas in the morning to seek blessings of the goddess. Poetic and musical gatherings are held in some communities in reverence of Saraswati.
Many families mark this day by sitting with young children, encouraging them to write their first words with their fingers, while some just study or create music together.
Goddess Saraswati is worshiped with various names such as Bharati, Sharada, Jagatmata, Bageshwari, Kaumari, Baradayani and Kamdhenu.
People from Hindu and Sikh communities, mainly in Nepal and eastern India, observe this festival.
It is believed that the festival marks the beginning of the spring season.
Meanwhile, the Basanta Shrawan ritual is to be organized at Nasalchowk of Hanumandhoka in the capital at 10.47 am on Thursday. According to the Nepal Panchanga Nirnayak Bikas Samiti (Calendar Determination Committee), the ritual event is to be held at Nasalchowk at the auspicious time of 10.47 am this morning.
President Bidya Devi Bhandari is scheduled to attend the Basanta Shrawan ritual, Chief of Hanumandhoka Palace Management and Conservation Committee, Sandeep Khanal told.
Also present on the occasion would be the Vice-President, Prime Minister, Deputy Prime Ministers, Ministers, members of parliament, constitutional bodies chiefs and members and province assembly members, among others.
All necessary preparation for the event has been made, the office shared.