Small-size Cabinet to be formed today itself 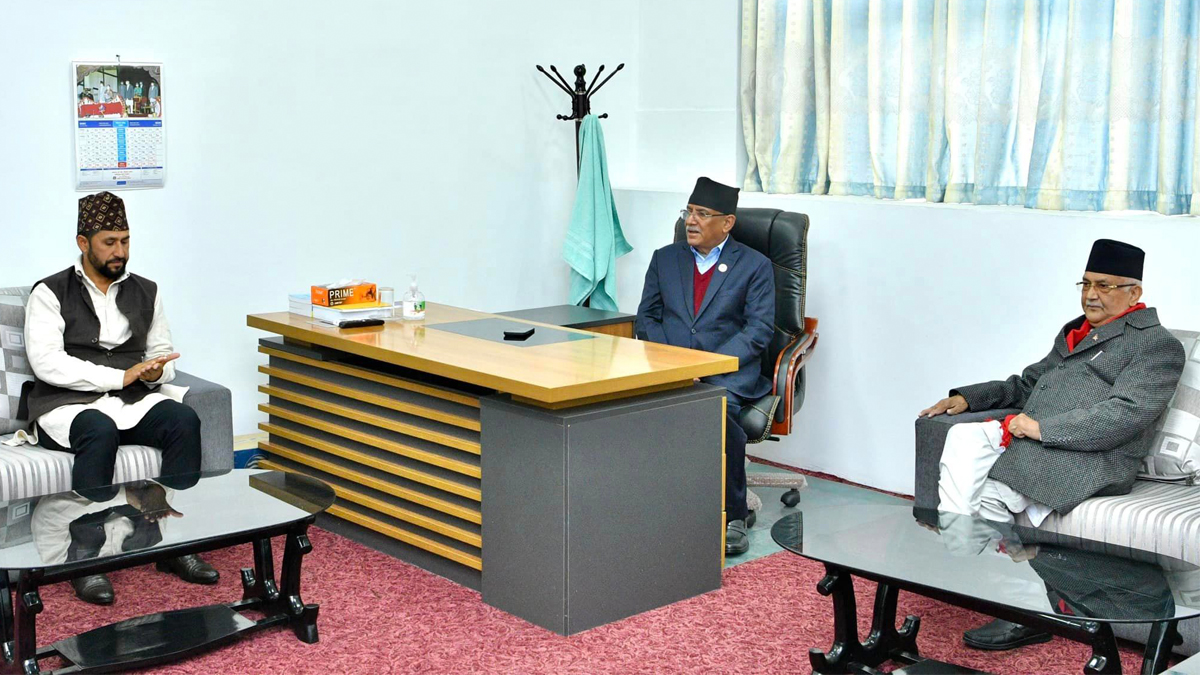 The CPN (Maoist Centre) has made a decision by which party chair and Prime Minister-elect Pushpa Kamal Dahal ‘Prachanda’ will form a small-size Cabinet today itself after taking the oath of office and secrecy.

A meeting of the party’s office-bearers held at the party central office in Perisdanda today also decided to include the party’s senior leader Narayan Kaji Shrestha in the Cabinet. However, it is not finalized which ministry’s responsibility he would be assigned, party spokesperson Krishna Bahadur Mahara said.

President Bidya Devi Bhandari is scheduled to administer the oath of office and secrecy to the newly-appointed Prime Minister Dahal at the Office of the President, Sheetal Niwas, at 4.0pm today.