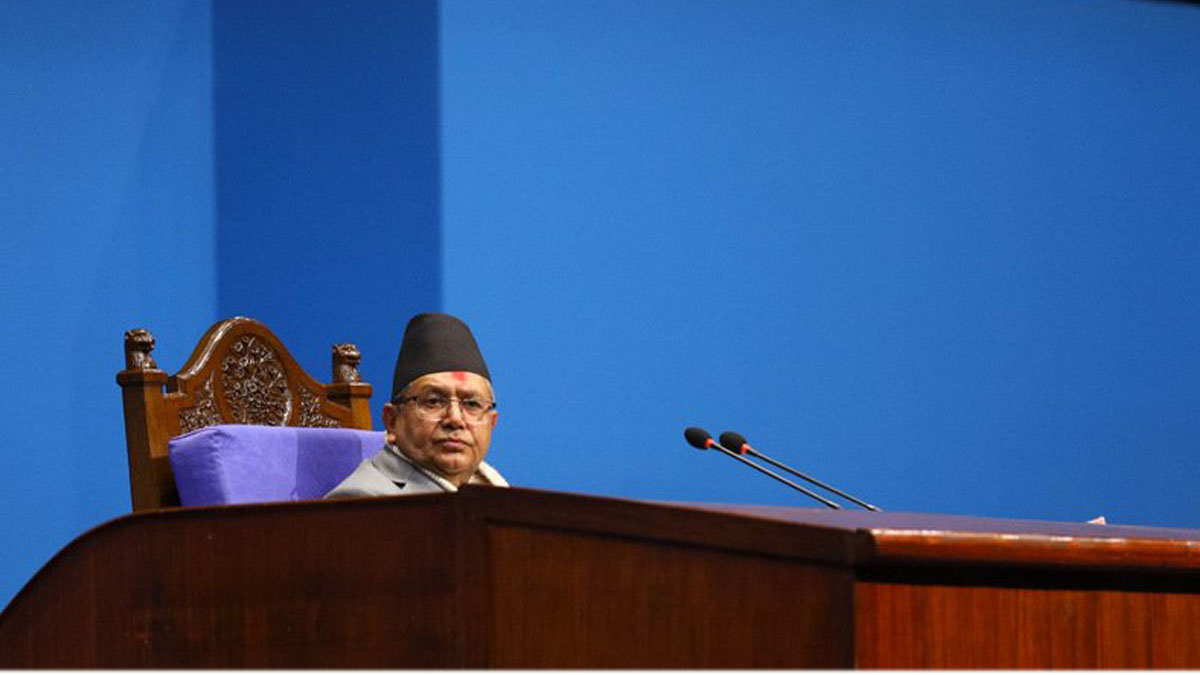 The newly-elected House of Representatives (HoR) Speaker, Devraj Ghimire, has said that the HoR would encourage healthy and policy debates with proper management.

In his first address to the HoR and welcome speech to Members of Parliaments (MPs) after his election to the Speaker, Ghimire said philosophical, policy and programmatic competition among the political parties in the HoR is this institution’s fundamental character.

“Parliament is also a platform for competition. Policy-level discussions and healthy competitions give a life to the parliamentary system,” the Speaker said.

The ruling parties reach to the people through its policy, programmes and plans in a parliamentary system while the opposition parties awaken and point fingers on ruling parties based on their merits and demerits in the policies and programmes, according to Speaker Ghimire.

Speaker Ghimire said guideline by the Constitution of Nepal, existing laws and House of Representatives (HoR) Regulations would be the main basis for running the HoR.

He mentioned, “Internalising responsibility and accountability once and always towards the people as guide is my primary duty.”
Speaker Ghimire further said that he would always be alert and active to enhance the dignity and reputation of the post of the Speaker as it is his constitutional responsibility.

“I want to offer my strong belief that the HoR will be continuously active in making Nepali people’s relentless aspirations for development and prosperity a success.”

He also pledged to follow best practices developed in the history of the parliament as the capacity of Speaker. Offering his utter respect to all people who sacrificed their lives during various movements for democracy, societal changes, the rule of law and prosperity of the country, he expressed his commitments to follow in their footsteps.