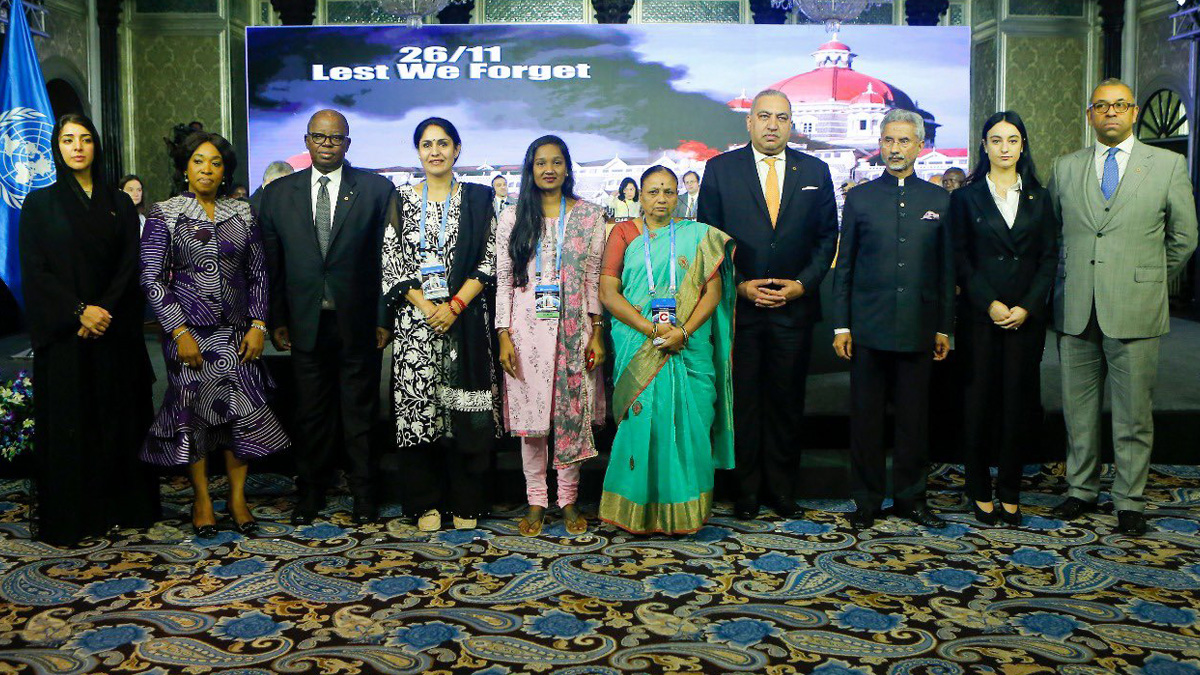 On October 28 and 29, India held an important UN Counter-Terrorism Committee meeting in the capital Delhi and commercial capital Mumbai. According to Indian Minister of External Affairs Dr. S.Jaishankar and the spokesperson of the ministry, Arindam Bagchi, this meeting is an international effort for a collective and tough response against the brutal terrorist attacks in India.

India had internationalized the issue of the 26/11 terrorist attack targeting the commercial center of Mumbai with this meeting and also openly expressed the hope of common efforts and cooperation of all against such possible attacks.

India started the first session of the meeting from the Taj Hotel in Mumbai, which was attacked by terrorists. It was a message to the world that India is no longer silent against terrorism and has not forgotten its past.

“Never forget” in the hashtag “This is the place that witnessed the horrific terrorist incident on November 26, 2008” – Bagchi, the spokesperson of the Ministry of External Affairs of India, posted a photo of the Taj Hotel and expressed his anger mixed with sadness on social media.

The use of new technologies in terrorism and the new challenges of terrorism in the world were especially discussed in a special meeting of the Counter-Terrorism Committee (CTC) of the United Nations Security Council.

The meeting discussed the use of the internet and social media in terrorist activities, the use of new technology in terrorism and the use of unmanned aerial vehicles such as drones. The meeting has prepared a report that commits its member countries to combat and prevent terrorism through various means. 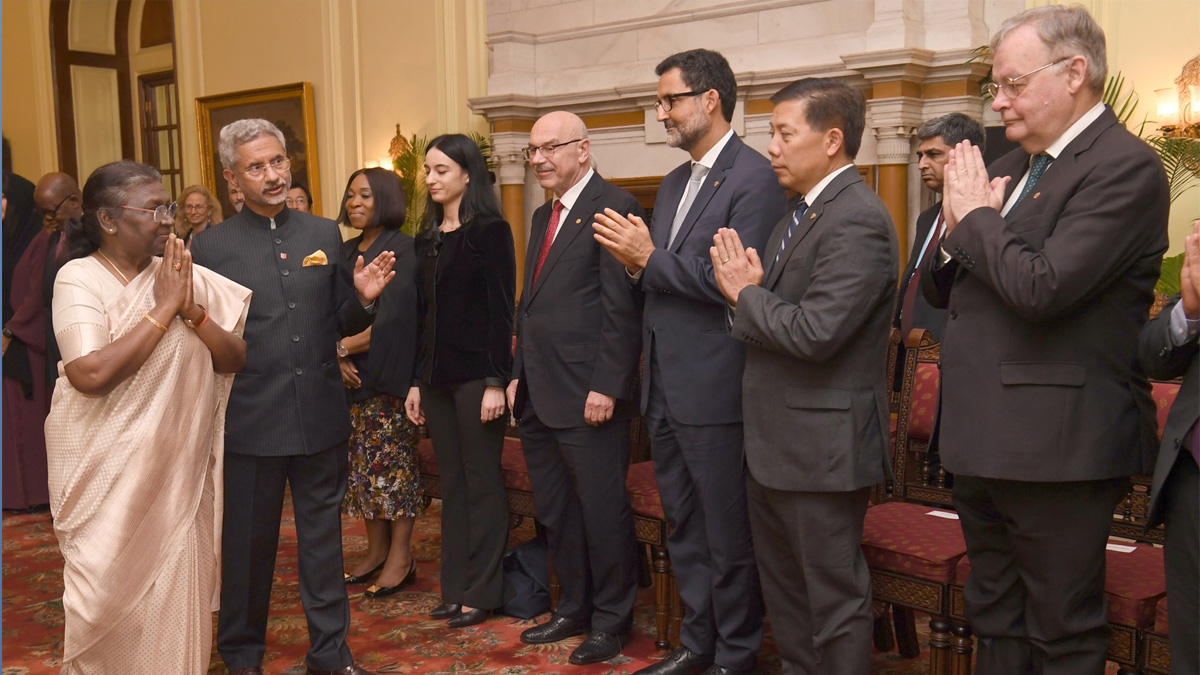 CTC is a committee of the United Nations Security Council that deals, faces and counter with terrorism. This committee consists of 15 members of the Security Council, which was formed on 28 September 2001. Since then, the CTC meeting has been held for the first time in India. India is currently the chairman of the committee.

CTC has been identifying the impact of terrorism by examining the reports received from each country. Also, it has been trying to end terrorism together with those countries.

Delivered the keynote address at the plenary session of UNSC special meeting of counter-terrorism committee on ‘Countering the use of new and emerging technologies for terrorist purposes’ in New Delhi today. pic.twitter.com/1rIVnAvSwe

In the meeting, India’s Foreign Minister S. Jaishankar appealed to all countries to rise above political differences to end terrorism. He also regretted that the Security Council of the United Nations was unable to take action on some issues due to political reasons.

In the meeting, External Affairs Minister Jaishankar said that the threat of terrorism is increasing in Asia and Africa.” The United Nations Security Council has prepared various works and important structures to end terrorism in the last two decades. It has helped the countries that are in the grip of terrorism,” he said.

Similarly, through a video message, UN Secretary-General Antonio Guterres said that fighting terrorism should be the world’s priority. He said that terrorists and other people with hateful ideologies are misusing the new technology.

He also said that since they are recruiting various people into their organizations and continuing terrorist activities, now the nations of the world should unite against terrorism. 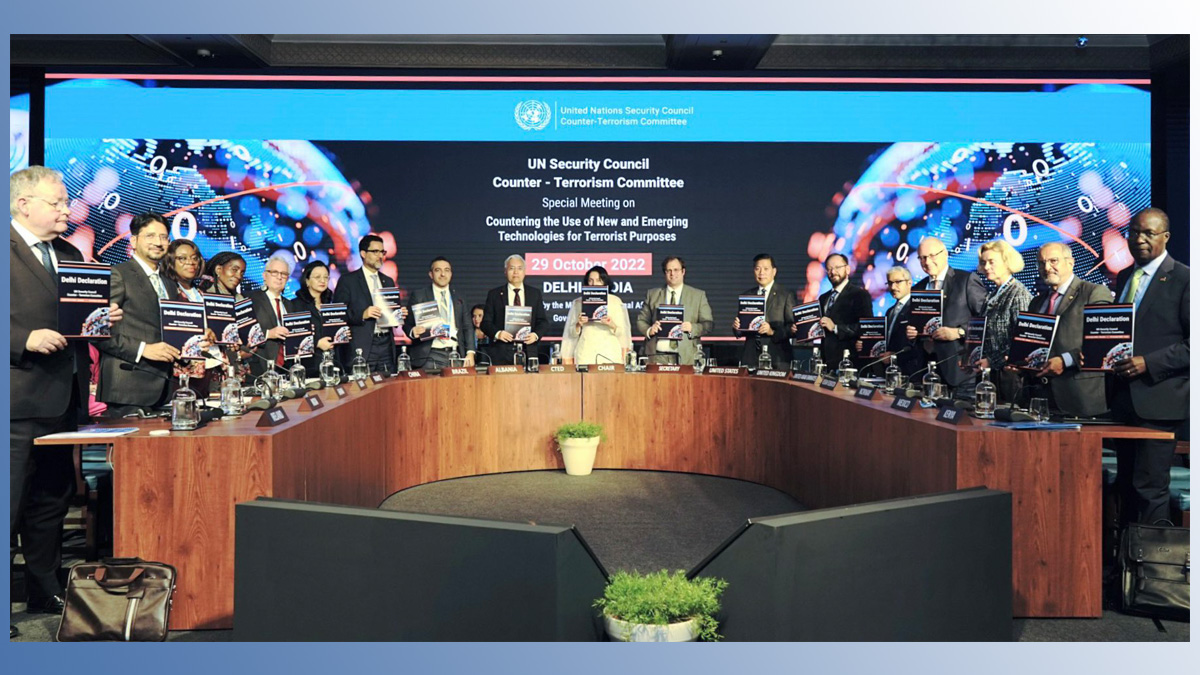 Decisions of the Delhi meeting:

All member countries should proceed with terrorism-related actions only by respecting international law and human rights.

The committee to thwart the activities of ISIL, Al-Qaeda, and their branches, including terrorist activities, and recruitment.

Consensus and cooperation among member countries to prevent weapons and systems used in terrorist activities.

To raise the issue of misuse of new technologies for terrorist purposes in other international forums including the G20.