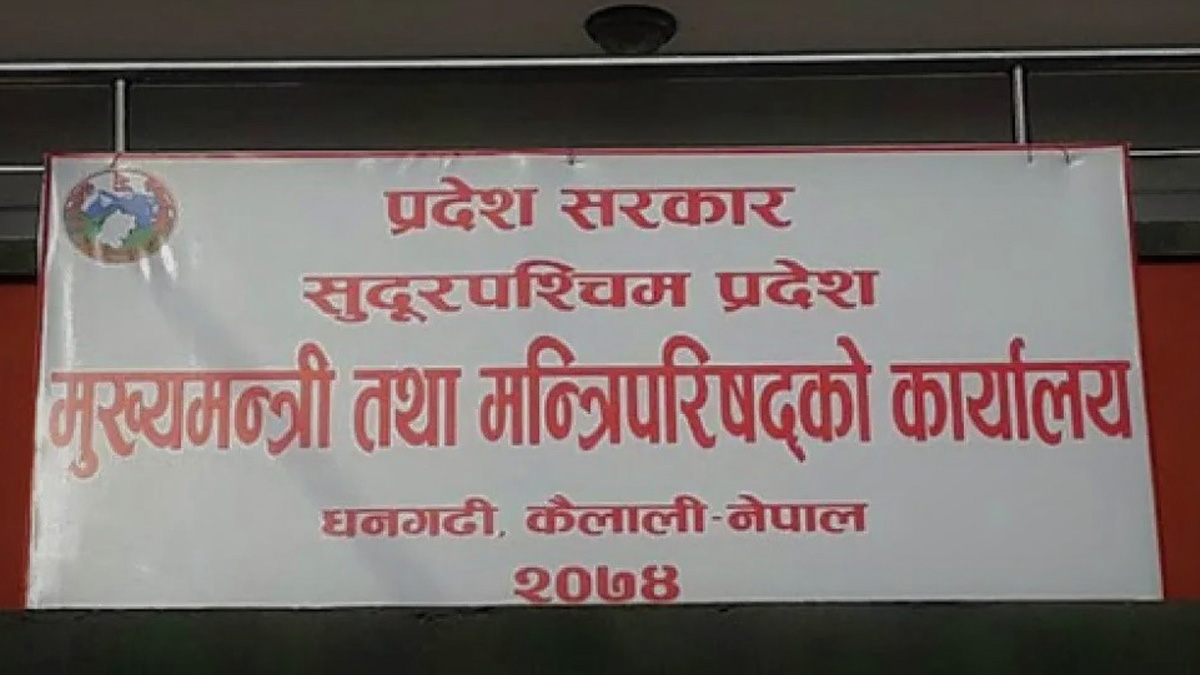 A meeting of the Council of Ministers in the Sudurpaschim government decided to formulate the ‘Province Government Governance Reforms Action Plan- 2079 BS’.

The meeting took place on Wednesday evening decided to form a taskforce comprising secretaries from all province ministries to proceed towards that end, according to government spokesperson and minister without portfolio Khagaraj Bhatta. Province chief secretary will coordinate the taskforce.

The meeting agreed to grant permission in principle for preparing laws to determine services, operations and conditions of the local levels and form the task force under the coordination of secretary at the Office of Chief Minister and Council of Ministers to formulate the Province Good Conducts Policy and Guidelines to promote the good governance.

The taskforce will present its report within the next 30 days. It more will make efforts for making province service delivery mechanism pro-people, prompt and effective.

Similarly, the meeting decided to direct the ministry of physical infrastructure and economic affairs to preset a proposal after a study in regard with ensuring discount on electric traffic to the people. Recently appointed Chief Minister Rajendra Singh Rawal inducted Bhatta and Santosh Kumari Sharma (Thapa) in his team few days ago. The Province Council of Minister is to get a full shape.