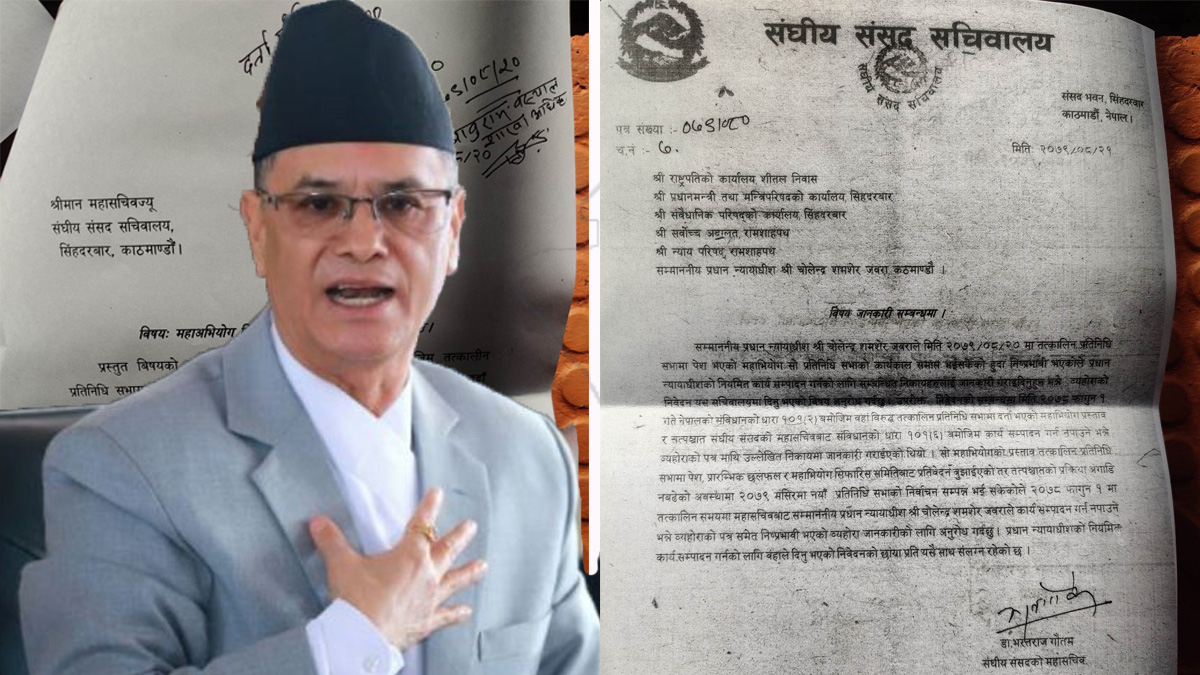 Suspended Chief Justice Cholendra Shumsher JBR is retiring today. He resumed office on 2 January 2019 after taking the oath of office and secrecy.
On 13 February 2022, JBR faced an impeachment motion accusing him of failure to discharge his official responsibilities.

Following this, he on December 6 pleaded by filing an application at the Parliament Secretariat seeking for the impeachment motion against him becoming ineffective.

As per his demand, the Secretariat on December 7 sent a letter to the court citing that the impeachment motion against him was ineffective.

However, a writ petition was filed in the Supreme Court against the letter. Following this, the apex court on Friday issued an interim order asking for not implementing the letter.

Following the suspension of JBR, senior justice Hari Krishna Karki is working as acting CJ of the apex court.

After the approval of the name by the Parliamentary Committee, the President will appoint the new CJ, according to a legal provision.
Spokesperson at the Judicial Council, Man Bahadur Karki said the hearing process will move ahead accordingly as the formation of the Constitutional Council and the Parliamentary Hearing Committee will likely take some time.