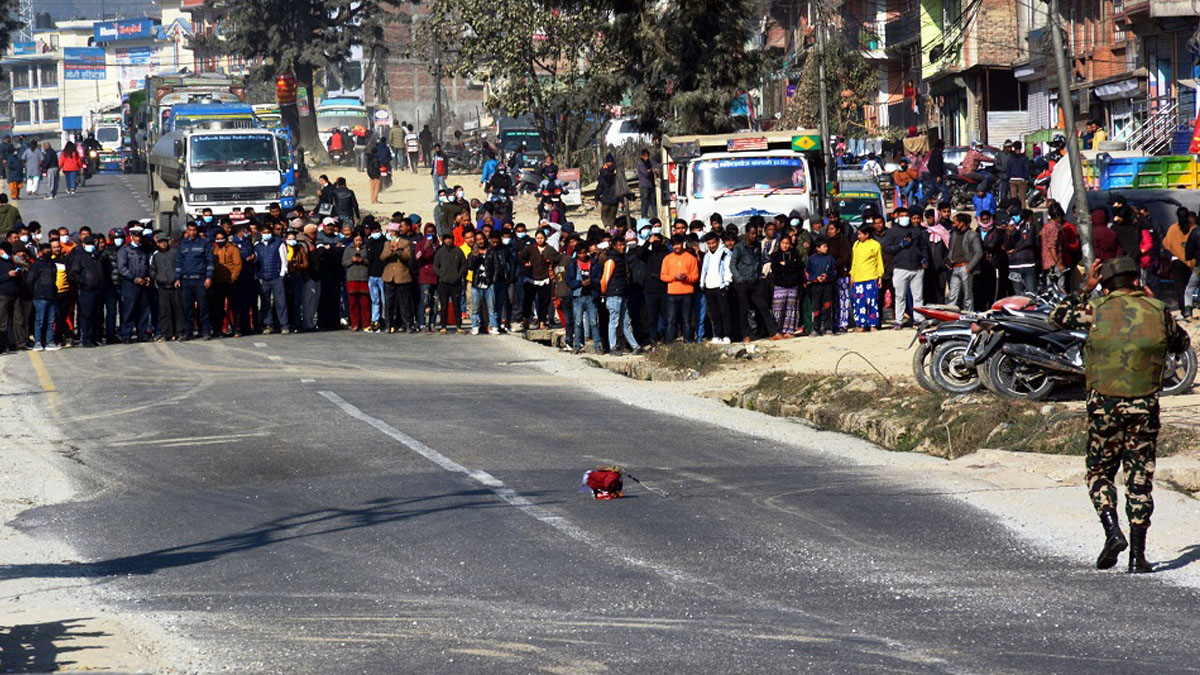 With only a day to go for the election to the House of Representatives and Provincial Assembly, suspicious objects have been found in three different places in the district.

According to the District Police Office Chitwan, a suspicious item was found near the Eye Hospital in Bharatpur Metropolitan City-10 and in Astha Chowk of Ward No. 12.

Groups involved in anti-election activities placed suspicious items inside a pressure cooker at the two locations, said the spokesperson of the office Deputy Superintendent of Police Bijayaraj Pandit. It may have been carried out to spread panic during the election.

The office said that the object was defused at 3:30 am today.

Likewise, an LPG cylinder was set on fire and left near the Bharatpur Metropolitan Municipality-16 ward office. The fire was doused and the cylinder neutralized, police said.