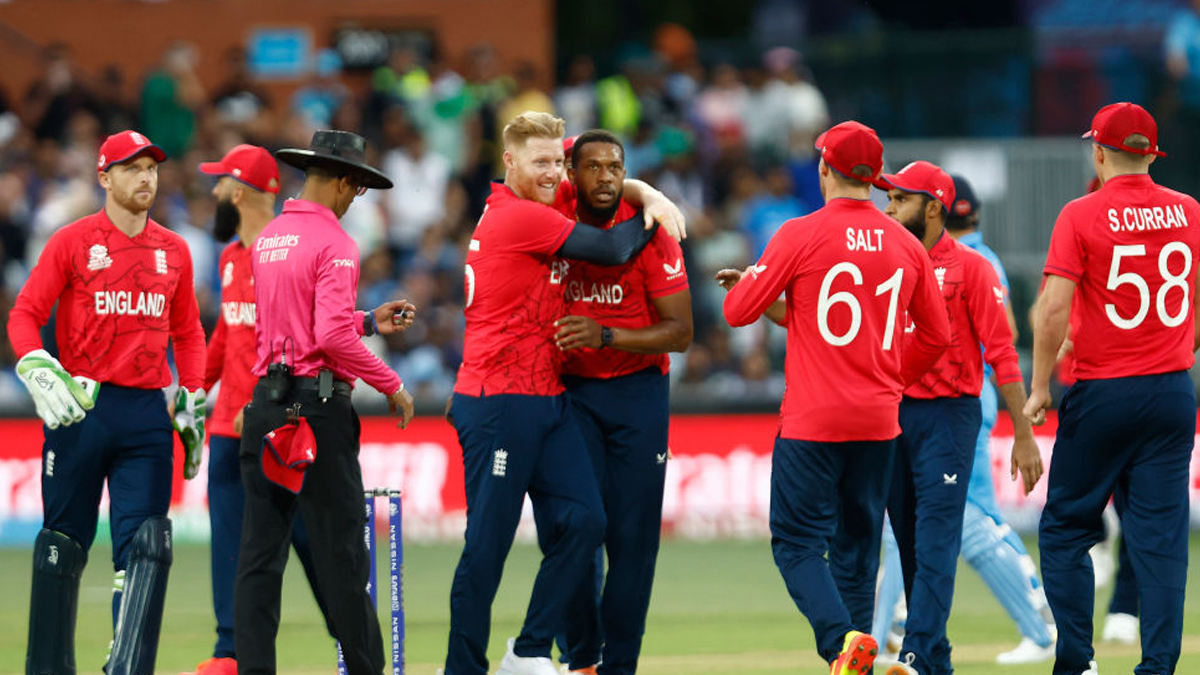 England won the 2nd semi-final against India by 10  wickets at Adelaide Oval.

With this win, England booked its spot in the finals of this edition of the ICC Men’s T20 World Cup 2022.

England skipper Jos Buttler had won the toss and elected to bowl first against India.

Chasing a 169-run target, England openers Buttler (80*) with 9 fours and 3 sixes and Alex Hales (86*) with 4 fours and 7 sixes forged a record 170-run partnership for the first wicket, as the side thrashed India by 10 wickets.

Earlier, India scored 168-6 in their allotted 20 overs, with Hardik Pandya smacking 63 runs in 33 balls. His belligerent knock included four fours and five sixes. Kohli scored 50 runs in 40 balls with the help of four fours and a six.

England will now face Pakistan for the title of the ICC T20 World Cup 2022 on next Sunday.