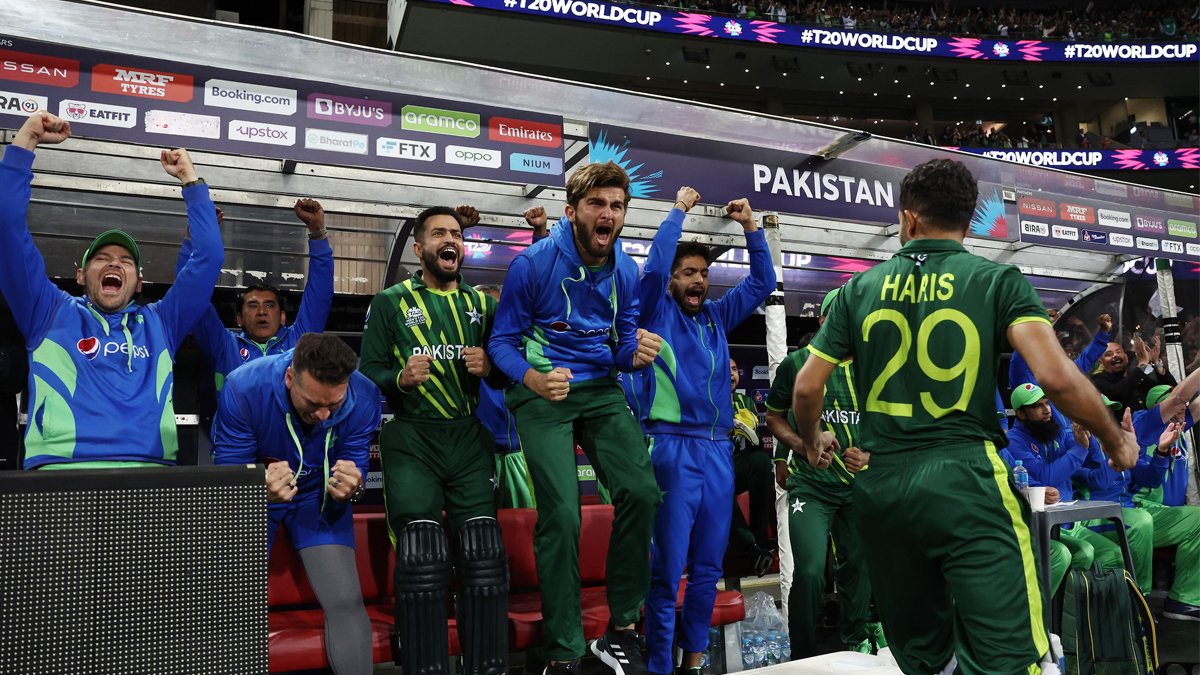 Pakistan won the 1st semi-final against New Zealand by 7 wickets. With this win, Pakistan booked its spot in the finals of this edition of the ICC Men’s T20 World Cup.

New Zealand captain Kane Williamson had won the toss & opted to bat first in the match. It handed a target of 153 runs to Pakistan.

Chasing a target of 153, Pakistani Openers Babar Azam and Mohammad Rizwan virtually ruled New Zealand out of the match with an opening stand of over 100 runs.

Mohammad Haris took the game to the end and made sure Pakistan was at the gates of victory before he was caught out off the bowling of Mitchell Santner.

In the end, Pakistan won the game by 7 wickets with Shan Masood hit the winning runs for Pakistan in the 20th over.

Pakistan will now face the winner of the India vs England semi-final match on Sunday.