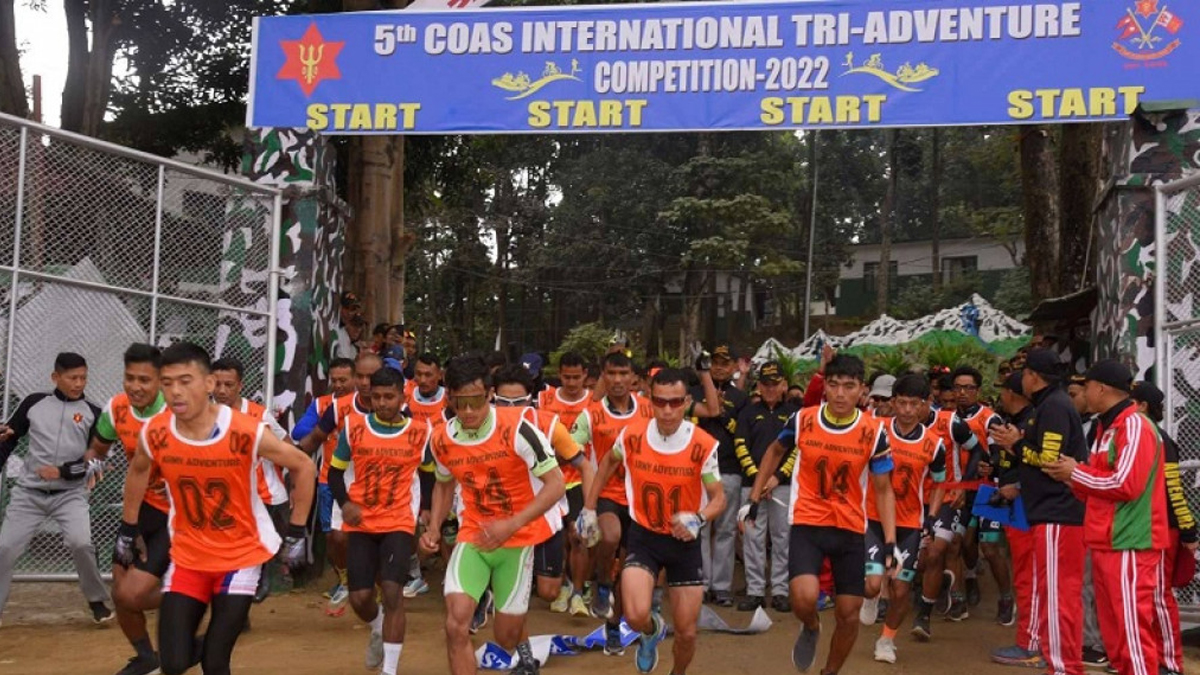 The Tribhuvan Army Club (TAC) ‘A’ Team of the Nepali Army has won the fifth COAS International Tri-Adventure Competition-2022 that was held from Baireni to Charaudi in Dhading district today. The TAC ‘B’ Team secured the second place and Armed Police Force secured the third place in the competition.

The contest was participated by teams of the Nepali Army, Tribhuvan Army Club, and other foreign countries including India and the United Kingdom.