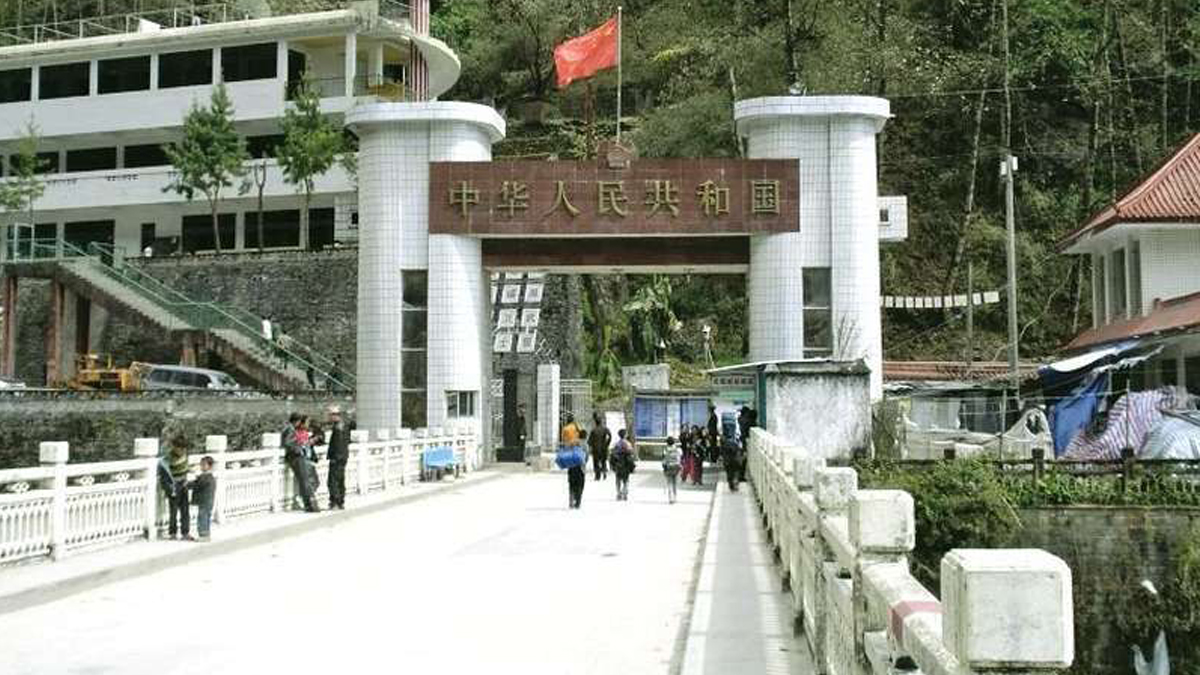 The border point from which Nepal collects revenue of Rs 5 billion annually from import and export of Rs 20-25 billion worth goods is deserted these days.

The Tatopani checkpoint, which once used to be bustling around the clock, is now wearing a deserted look.

Since the outbreak of Covid-19 in China in December 2019, Nepal’s trade through the China border has been affected.

Just after the Chinese leader, Li Zhanshu visited  Nepal,the checkpoint was opened on September 15 but the border has not been resumed completely. The movement of goods and services through this checkpoint is not seen rapidly. The trade is very less than the expectation made that trade will be effective after when the border reopens.

Many businessmen here are worried as China is not interested in opening the border. According to the former president of Sindhupalchok Chamber of Commerce and Industry, Rajendra Kumar Shrestha, the number of businessmen doing business through the Tatopani crossing has decreased by 70 percent.

Due to this many businessmen have quit their jobs. Nepalis are facing deep economic woes and the people’s lives at the border is equally painful. Most of the people who have been making a living across the border for years have fled abroad for employment.

Many businessmen committed suicide under stress as financial conditions worsened.

The entrepreneurs were in a double trap, their goods were lying at the border for many months and they also had a huge amount of loans. On one hand, they had been going through the financial crisis, and on the other hand banks, and other moneylenders were demanding the installment or the dues cleared on a regular basis

Amrit Khadka, who has been away from the business of Tatopani checkpoint for a long time, is willing to return to the business if a comfortable environment is created like in the past. However, it is still not as easy as he thought.

Narad Gautam, head of Tatopani dry port and customs office, informed that most of the materials such as roll ready-made clothes are coming in from seven to eight containers per day. Before the Corona period in the previous fiscal year 2076/077, 1 billion 59 million rupees revenue was raised when 50 containers were imported. Revenue has not yet increased due to limited container arrivals. The problem of the road being blocked is the same,” he added.

The Tatopani customs collected only 18 percent of the target revenue last year.

Meanwhile, Chinese President Xi Jinping visited Nepal. Nepalis were optimistic that the trade and commerce between the two countries would move forward unhindered but it could not yield any positive results.

Chinese Foreign Minister and State Councilor Wang Yi, who visited Nepal for three days last Chaitra, assured that arrangements will be made soon so that imports and export can be done easily from both northern ports. However, the border has not been eased till now.

Foreign Minister of Nepal Dr. Narayan Khadka who was on a visit to China last August, also said that discussions have been made with China on the border issue but the outcome of that visit and meeting is not seen as fruitful till now.

Similarly, the Chairman of the Standing Committee of the National People’s Congress of China Li Zhanshu also visited Nepal and assured that he would take initiatives for reducing the Nepal-China trade deficit and for opening the border transit point but it also could not yield any positive results.

Though many times many Chinese leaders have assured of opening the transit point on the Nepal-China border, the results are not seen as per their commitment. Despite many meetings and discussions and agreements, there is no effective operation of the border in two directions.