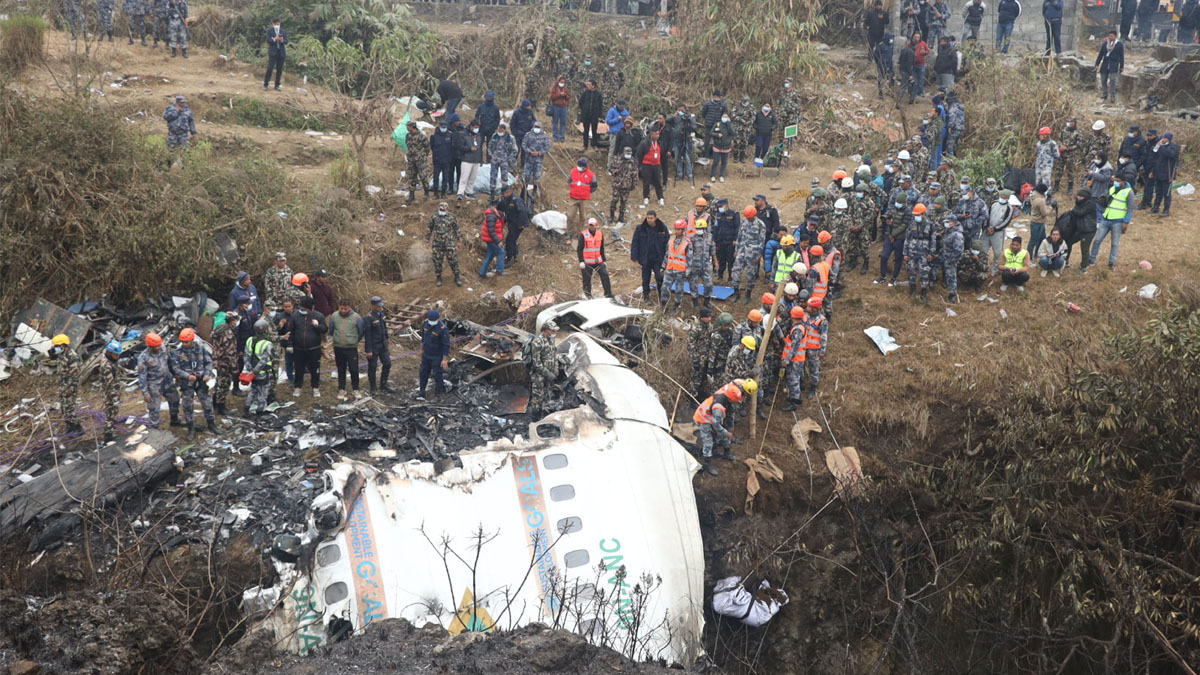 A team of foreign insurance surveyors and lawyers have arrived Nepal today to evaluate the damages incurred in the Yeti Airlines ATR-72 plane crash in Pokhara on last Sunday morning.

The insurance surveyors’ team arriving from Singapore and lawyers coming from India would assess extent of damaged properties and liabilities in the fatal air crash, according to the Nepal Insurance Authority.

The plane with the call sign 9 N-ANC had flown to Pokhara from Kathmandu with 72 people onboard, including 68 passengers and four crew members. The ill-fated plane crashed falling deep down into the Seti River gorge.

All passengers and crew members onboard have been confirmed dead.

Authority’s Spokesperson Raju Raman Poudel divulged that the British company that was an insurance broker assigned insurance surveyors from Singapore. Poudel assured that there will not be any issues for payment of insurance claims for the passengers in the crash.

According to the Civil Aviation Authority of Nepal (CAAN), each passenger travelling in airplane is insured amounting to USD 20,000. The insurance coverage amount, however, varies for the crew members, said the CAAN.

Meanwhile, the meeting of the National Risk Reduction and Management Executive Committee convened in Singha Durbar today directed the concerned authority to facilitate in the payment of insurance to the deceased’s families, informed Poudel.