Tehrathum farmers happy with the operation of cold storage 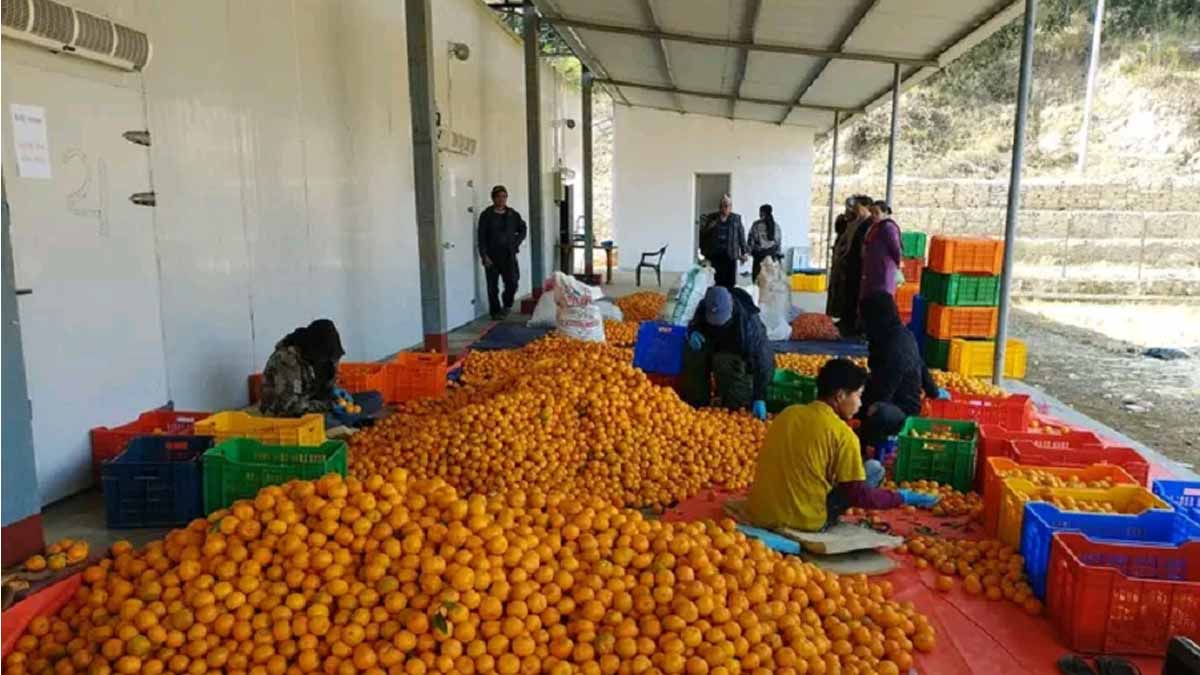 A cold storage has come into operation at Myanglung, the district headquarters of Tehrathum.

The storage has been established with the aim of storing seasonal fruits and vegetables produced by farmers and selling them at good prices during off-season.

Prior to this, unsold vegetables and fruits used to go to waste due to lack of cold storage in Tehrathum.

Meanwhile, farmers have become enthusiastic with the established of the 1000 metric ton capacity cold storage in ward no 9 of Myanglung municipality.

Out of the 6 municipalities of Tehrathum, the farmers of Myanglung Municipality and Fedap Rural Municipality have already started bringing their oranges produce to the store.

The cooperative is buying oranges from Terathum and exporting to the Terai districts.

Farmer Hom Bahadur Khapung said that the problem of rotting and unsold oranges has been solved after the construction of cold storage in Tehrathum.

In Terhathum, oranges are being commercially grown in 616 hectares in all 6 rural municipalities.

According to Agriculture Knowledge Centre, 3,880 metric tons of oranges are produced annually on an average in Tehrathum.

The production is likely to increase by 13 metric tons this year compared to last year.