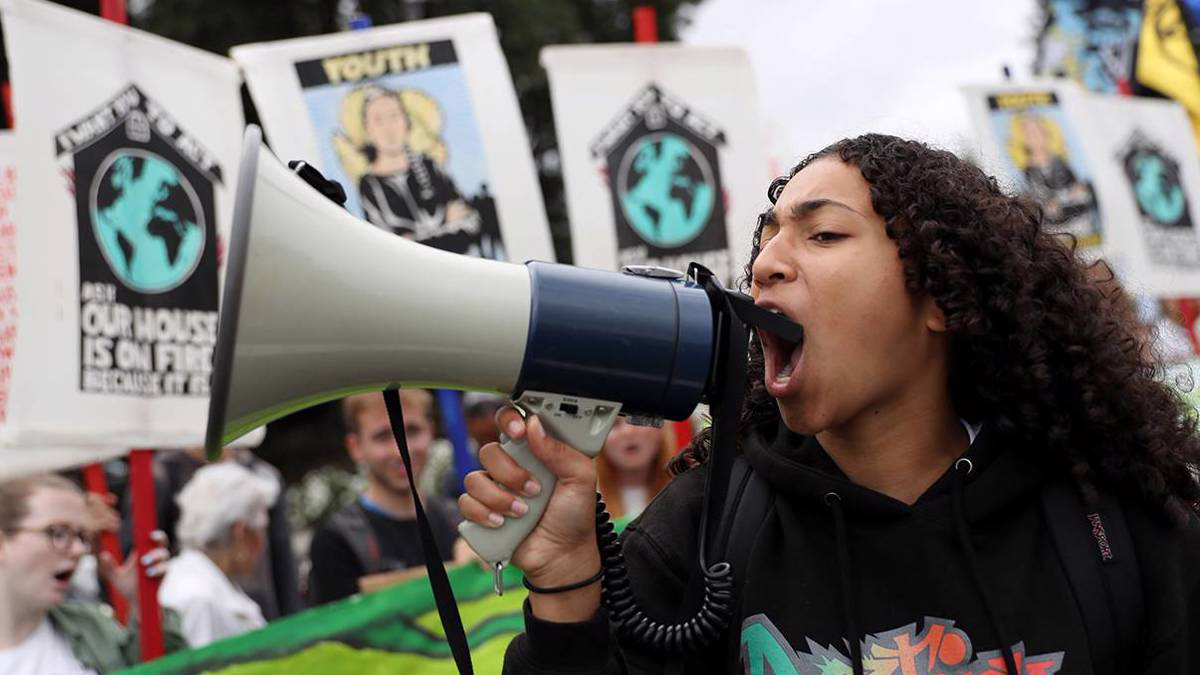 BERLIN – Across Europe, the climate movement is dominated by middle-class white people, whether one looks to informal “peoples’ movements” collectives, such as Extinction Rebellion and Fridays for Future, or nonprofits, such as those united under the “Green 10” coalition. Inevitably, the interests of white, middle-class people determine the movement’s priorities and activities.

As such, one of the climate movement’s dominant narratives is that the climate crisis will affect young people over the course of their lifetimes, and that action today is necessary to save the planet for future generations. That, no doubt, is true. But the climate crisis and the emissions that are causing it are already killing people, and not only in Pakistan, where this summer’s floods have taken at least 1,300 lives, or in Latin America, where researchers estimate that extreme temperatures caused almost 900,000 deaths in major cities between 2002 and 2015. People are also dying in Europe, but the issue has not received nearly enough attention.

Consider Ella Kissi-Debrah, a nine-year-old black girl living in Lewisham (southeast London), who died in 2013 following repeated asthma attacks caused by air pollution. Her mother, Rosamund, had to fight a long legal battle for her daughter’s cause of death to be officially recognized. But she eventually prevailed, and Ella became the first person in the world to have air pollution listed on her death certificate. A recent legislative proposal – “Ella’s Law” – aims to establish access to clean air as a human right in the United Kingdom.

As Ella’s story demonstrates, environmental conditions are not experienced equally across our societies. Studies conducted in the Netherlands, the UK, France, and Germany have shown that polluting industries are more frequently located in cities and neighborhoods with higher proportions of migrants. This is the human cost of air pollution. It is no coincidence that mothers and children from marginalized communities have long been at the forefront of the fight against it.

Heatwaves, too, tend to have a disproportionately larger effect on the poor and people of color. In 2019, the United Nations rapporteur on extreme poverty and human rights warned of “climate apartheid” as deadly heat is hitting these people the hardest.

There is also an undeniable link between the effects of the climate crisis and other manifestations of social inequality, such as those involving housing, social protection, and living conditions. According to a report from the European Environmental Bureau, Europe’s Roma communities often live on polluted land that is excluded from basic services such as running water or sanitation – a clear case of environmental racism.

Similarly, people with disabilities are more likely to suffer from climate change, as an Austrian with a form of temperature-dependent multiple sclerosis showed in a recent court case against the Austrian government. This list could go on.

It is clear that the climate movement in Europe has failed to reflect the experiences and perspectives of those who are already bearing the brunt of climate-driven damages. Instead, most big NGOs seem to have convinced themselves that it is sufficient to adopt buzzwords like “decolonization.” While some might see it as progress that language long used by grassroots organizers to expose oppressive power dynamics is finally going mainstream, could we also just be witnessing yet another instance of appropriation by white-dominated organizations?

Rather than paying lip service to marginalized communities, the climate movement needs to shift its focus toward understanding and addressing all the ways the climate crisis is fueling and creating new forms of inequality and injustice today. That will take more than a change in terminology and investments in DEI (diversity, equity, inclusion). What the movement really needs is a shift in the composition of its dominant players. That is the only way fully to acknowledge, learn from, and build on the work that people of color have been doing for decades to tackle environmental issues.

These frontline activists, organizers, and community advocates need support, tools, and resources to continue their work. That is something that the big climate organizations can help with – but only if they can resist the urge to co-opt grassroots narratives and hog center stage (not to mention all the funding).

To ensure that this planet remains livable for all of us, we need to shift our focus to find more ways to prevent climate-driven harms in the here and now. We should follow those who have already been suffering from, and fighting against, climate injustices for many years. If we can do that, future generations will already have far less to worry about.

Nani Jansen Reventlow is a human-rights lawyer and Founder of Systemic Justice, a legal advocacy group.