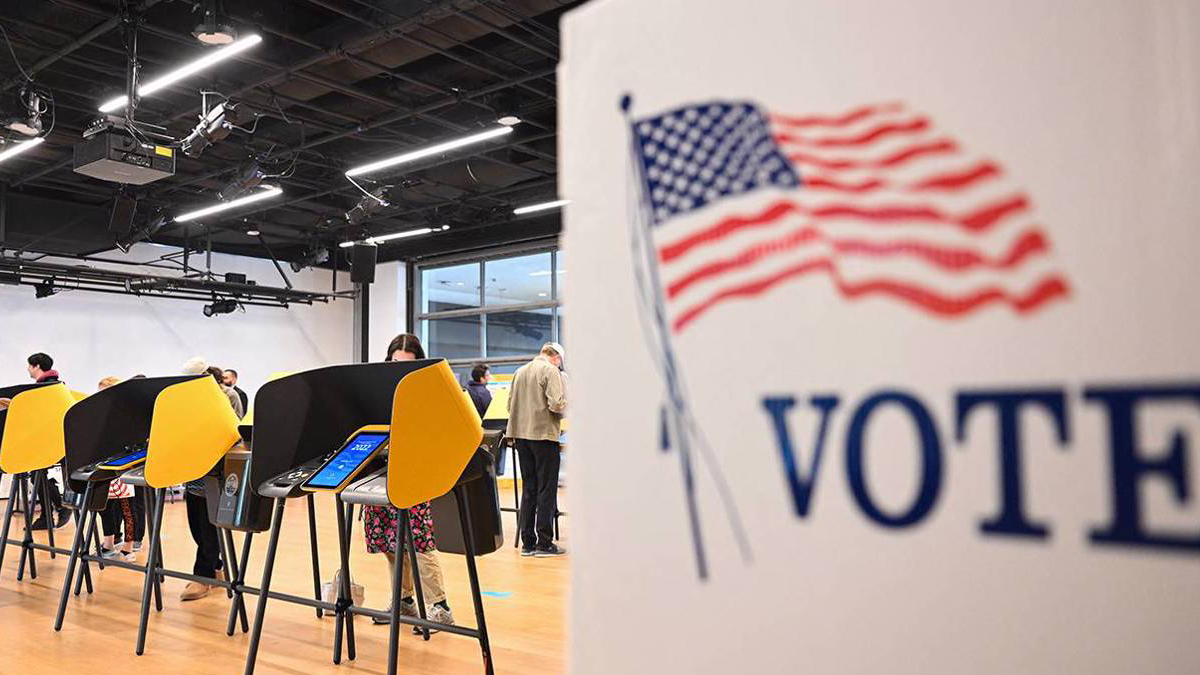 CHICAGO – Last month’s midterm elections in the United States were surprising in more ways than one. The Democrats’ unexpectedly strong performance not only has shifted the political terrain for the next two years, but has revealed that a substantial number of voters across party lines, many of them young, are deeply concerned about the fate of American democracy. But no one has offered these voters a credible agenda for improving and strengthening self-governance.

Popular support for defending democratic norms was already evident in pre-election surveys. In a Pew Research Trust poll published a week before the vote, 70% of respondents ranked “the future of democracy in the United States” as “very important” to them, compared to 79% who cited the economy as a major concern. Similarly, an NBC exit poll found that 68% of voters described American democracy as “threatened,” as opposed to “secure.”

Even some Republicans prioritize democracy over political power. Recent research by the Polarization Research Lab – a joint project of Dartmouth College, the University of Pennsylvania, and Stanford University – demonstrates that disregard for democratic norms within the GOP is limited to Donald Trump’s MAGA faction. It is no surprise, then, that Trump’s re-election-campaign announcement failed to excite establishment Republicans. Even Fox News covered only part of it, while the conservative New York Post was withering, running the line “Florida Man Makes Announcement” on its cover and burying the story on page 26.

The concern for American democracy is particularly prevalent among younger cohorts. A Harvard Kennedy School exit poll found that, for voters aged 18-29, only the economy and abortion rights were more important issues than “protecting democracy.” These voters were likely pivotal to the Democratic Senate victories in Georgia, Arizona, and Pennsylvania, as well as the gubernatorial win in Wisconsin. Strikingly, just 5% of young people described American democracy as “healthy.”

Young Americans’ democratic zeal has surprised some observers. An influential 2017 study by Yascha Mounck and Roberto Foa suggested that support for democracy was ebbing among young people around the world. Could it be that five years of observing democracies under strain has made younger voters more attuned to the dangers?

Whatever cause of the midterms’ democratic dividend, capitalizing on it does not seem to be a high priority. Before the election, President Joe Biden emphasized the importance of “standing up” for democracy. It was a decent pep talk, but it offered no clear agenda for mitigating the risk of democratic backsliding.

In December 2021, the Biden administration released a fact sheet touting a grab-bag of policies to protect US democracy. Certainly, some of the measures – from increasing broadband access to “reminding schools” of their obligation to teach civics – would help to protect democratic norms in the long term. The overall impression left by the administration’s list, however, is that an overworked White House intern ransacked to-do lists issued by pro-Democratic think tanks.

But the threat is too great to do so little. While many adherents of Trump’s Big Lie that the 2020 election was “stolen” were defeated in the midterms and shut out of the state offices where they could do the most damage, American democracy remains in peril. Given that numerous election deniers won state and federal elections and remain in Congress, there is no reason to believe that the danger of political violence has abated. Nor can we trust that election losers will not try to use the federal courts to flip elections in their favor, as Trump did in 2020.

Yet, when it comes to concrete legislative efforts, it is the advocates of the Big Lie who have been most active, cynically exploiting – if not inventing – concerns about election integrity to push for new voter-suppression laws in 19 states. Perversely, the most effective legal reforms executed in the name of protecting democracy today are actively seeking to undermine it.

Given the sophistication of anti-democratic forces at home and abroad, the Biden administration must move, both unilaterally and through Congress, to bolster democratic institutions. The problem is not a shortage of ideas. Numerous organizations and scholars across the political spectrum have proposed dozens of reform measures. But the window to act will narrow as the 2024 election cycle heats up.

Even without Democratic control of the House of Representatives, the Biden administration can use executive orders to bolster democratic governance. It could strengthen rules against the White House communicating with the Internal Revenue Service about pending or possible investigations, building on the rules that Attorney General Merrick Garland already issued for the Department of Justice in July 2021. It could also shore up the status of inspectors general within the administrative state. It should also introduce new regulations to protect the independence of special prosecutors investigating possible conflicts of interest at the DOJ.

It is crucial to prevent a repeat of former Attorney General William Barr’s partisan efforts to bury Special Counsel Robert Mueller’s report on Russian interference in the 2016 presidential election. Barr’s conduct during the final stages of the investigation, from his prematurely conclusory remarks before the report was released to the excessive redactions in the public version, earned him a reprimand from a federal judge.

Democrats could also use Congress’s lame-duck session to reform the Electoral Count Act of 1887, in line with the recent bill introduced by Senator Susan Collins, a Republican. At the same time, they should also consider targeted legislation addressing a case argued before the Supreme Court earlier this month that could severely destabilize US federal elections.

The case, Moore v. Harper, concerns a previously fringe theory that the constitution grants “independent state legislatures” the exclusive authority to manage federal elections. If the Court rules in favor of this approach, legislatures could disregard state constitutions and districting laws and potentially override the popular vote. Congress must use its broad power under Article I of the Constitution to ensure the integrity of elections. The Democrats’ stalled 2019 voting-rights bill, HR1 (also known as the For the People Act), should also be mined for provisions that could still win bipartisan support.

Many other countries have clawed their way back from democratic decay. The US midterms showed that most Americans favor strengthening civic institutions. But Democrats – and democratically-minded Republicans – must act now. Given the proven popularity of such measures, what is the Biden administration waiting for?