The Rocky Road to Democracy in Nepal 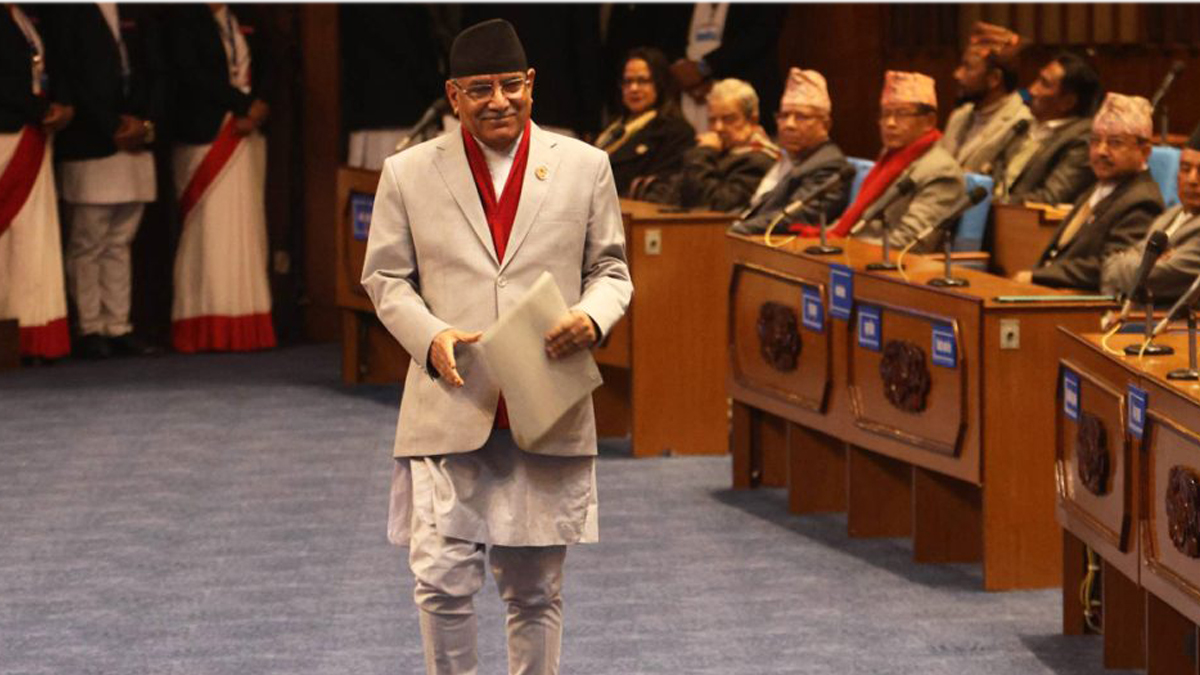 It was a surprise that the fledgling democracy of Nepal threw.  The pre-election coalition fell apart due to lack of a pre-election principled alliance and power politics post-election.  It had been pointed out even before the election by observers and analysts that the up-coming electoral coalitions may break due to conflict of ideology.  The primary driver of the dramatic political developments in Nepal was described as a marriage of convenience driven by personal power calculations of the leaders.  Although Prachanda and other ultra-left parties joined hands to form a government post poll, the pre-poll alliance was quite different.

As per the final vote counting results, the five-party ruling coalition under the leadership of the Nepali Congress secured 136 seats, two less than the 138needed to form a government.  The Congress-led pre-poll alliance included the congress, the Communist Party of Nepal (Maoist Centre), the CPM (United Socialist), the Loktantrik Samajwadi Party and the Rashtriya Janmorcha.

The opposition alliance led by communist Party of Nepal (Unified Marxist Leninist), under the leadership of Oli secured only 104 seats, far from what was required to put as take to form the government. The Congress emerged as the single largest party with 89 seats.  But with a hung parliamentary election result, a power sharing agreement was needed which changed the prospects of Prime Ministerial candidates.

After a lot of deliberations, Nepal finally had a government more than a month after it went to the polls.  The post poll alliance again brought the leftist leaders together with a power sharing agreement.

The new government of Nepal is led by Prime Minister Pushpa Kamal Dahal ‘Prachanda’ leaving behind five times Prime Minister Sher Bahadur Deuba of Nepal Congress in the race for power. Maoist leader Prachanda turned the table on him by walking out of the Nepali congress led alliance.  Prachanda struck a deal with another former Prime Minister K. P. Oli to share the post on a rotational basis.

The fledgling democracy of Nepal is no stranger to power struggle and political instability.  Last year, Prachanda had parted ways with Oli and backed Deuba for the Prime Minister’s post. It is rare for a Prime Minister of Nepal to last more than two years in office.

Such tendencies pose a danger to the evolution of a robust democracy in Nepal.  In the initial phases of democracy such kind of man oeuvre bereft of principles happens.  But this does not augur well for Nepal’s democracy in future. Prachanda walked into the camp of his friend-turned-foe-turned friend K.P. Sharma Oli.  It is not the left parties only which were involved in post poll man oeuvre.  The newer outfits such as Rashtriya Swatantra Party, which campaigned on a promise of a new kind of politics also joined the old establishment leaders they had rallied against in their election campaign.

Apparently joining hands by Prachanda and Oli seems to have happened due to ideological gravitation, but underneath it there is political opportunism.  This is a dangerous trend for a healthy democracy.  Mr. Oli in particular, whose signature theme is ultra-nationalism, even going to the extent of igniting intractable territorial dispute with its historically prominentally India to please Chinese patrons, may hamper the basic tenets of Nepal’s foreign policy.  Nepal’s foreign policy is entrenched in peaceful co-existence with its big Neighbours and optimization of mutual benefits without putting one against the other.

India has maintained its policy of respecting the sovereignty of Nepal and verdict of its citizens as clearly evidenced by the Indian Prime Minister’s congratulatory message to Prachanda.

Nepal’s new government is expected to calibrate its foreign relations cautiously in the neighborhood in the times of a flux in regional geo-politics.  Asymmetric treatment of any of the big regional allies is not worthwhile when Nepal needs more development partners on its side to come out of post-Covid economic shock.

Narayan Kaji Shreshta, a senior member of Prachanda’s Maoist Communist Party asserted, “We will maintain a relationship of equip-proximity with both the Neighbours.”  This approach is being appreciated by the global observers and analysts.  At the time the priority of the new government of Nepal was to bring the economy back on rail.   “A growing number of Nepalis are questioning the country’s direction, and the newly elected government at all levels will be facing a tall order to deliver on demands for employment and service delivery,” says a report of the Asia Foundation titled “The Future Forecast: Asia in 2023.”

The report points out that “last year’s electoral results, particularly at the federal and provincial level, have re-configured the power relations among the parties.” The presence in the parliament of newly emerged and re-established parties means that old guards can no longer ignore them and the demand for reform they represent.”

Nepal’s evolving federalism will continue to frame the political debate about democracy and public service delivery, and negotiations will all but mandate a more constructive public dialogue on federalism itself.

The report concluded, “How the parties work to safeguard their win-win power – sharing, like the formation of a current seven-party coalition government, will shape Nepal’s stability in 2023.” The report further adds that the overall situation raises questions about the country’s efforts to safeguard its fragile economy and pull together comprehensive infrastructure and development plans across local, provincial and national jurisdictions that remained poorly defined within broader constitutional mandates.  “It is hard to imagine that the year ahead will be one of bold advances in the country’s top priorities,” it says.

In this scenario, building the economy and infrastructure could be a guarantee of saving democracy and so will be a balanced participation in the regional geo-politics.