The Sirens of Appeasement 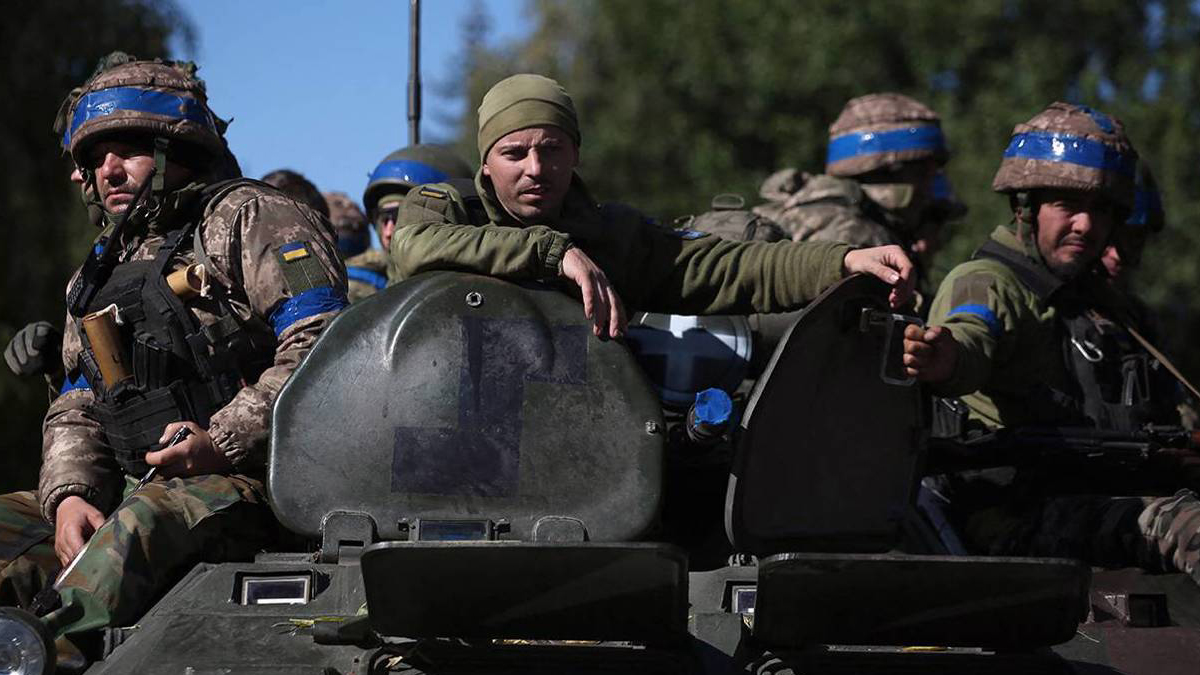 TBILISI – Wars are easier to start than to finish, and their finale rarely follows any prescribed script. But if you are the aggressor, a clear zero-sum victory is rarely an option.

Nonetheless, with no end in sight for the Russian-Ukrainian War, calls by some in the West to give Russian President Vladimir Putin a “face-saving offramp” out of the conflict are growing louder. Most of these arguments start with the flawed presumption that Putin had a valid reason for his war, which would justify a peace that compromises Ukraine’s sovereignty yet again.

The 2008 NATO Summit in Bucharest supposedly incited Putin’s ire by granting Georgia and Ukraine a promise of eventual membership in the alliance. Never mind that there was no membership action plan for either country put forward, owing to lack of support from Germany and France.

While NATO’s non-decision signaled to Putin that he should do whatever he could to make such promises impossible, France and Germany’s reluctance gave him an opportunity to drive a wedge between the alliance’s members. He seized it by launching a war in Georgia in 2008, occupying territory that remains under Russian control to this day. Sadly for the world, that gambit worked: most NATO members took a decisive step back from political support of the accession process for Georgia and Ukraine.

The world likely would be in a very different place today if the Bucharest Summit had actually put Georgia and Ukraine on a path to NATO membership. The West would have responded to the invasion of Georgia with more than declarations, and Ukraine most likely would have been spared today’s bloodshed.

That didn’t happen. While Georgian officials warned in 2008-09 that impunity for Russia for its invasion and land grab would lead to more acts of aggression against Ukraine and others, they were dismissed as being paranoid or solely concerned with their own political survival following a disastrous war. As Georgia’s ambassador to the European Union between 2005 and 2013, I was often told by senior European policymakers that Russia would never dare to annex Crimea or invade Ukraine.

Not only did the EU ignore our pleas for sanctions and a revision of its Russia-dependent energy strategy; some European officials even started making excuses for Russia. When the EU launched an Independent International Fact-Finding Mission on the Conflict in Georgia, Russia successfully manipulated the final report to suit its own interests. Then, US President Barack Obama’s administration took office and pursued its ill-fated “reset” with Russia, sending an unambiguous signal that Putin would face no meaningful accountability for launching a war to carve up Georgia.

In 2012, Georgian President Mikheil Saakashvili, whom Putin often described as a personal foe, was voted out of office. Some in the West took his defeat as a sign that relations with Russia should be normalized further.

No one seemed to have noticed at the time that Saakashvili’s pro-Western government was replaced by a Russia-friendly oligarchy that has since stalled Georgia’s progress toward democracy and integration with the West. Over the past decade, the Georgian government has undermined projects of great strategic importance to NATO in the Black Sea region – such as the Anaklia Deep Sea Port – while showing only lukewarm support for Ukraine in its fight for survival.

Similarly, Germany’s decision to press ahead with the Nord Stream 2 pipeline – first following Putin’s invasion of Georgia, and then again following his illegal annexation of Crimea – now stands out as a completely feckless strategic blunder (though it certainly isn’t the only one). All these missteps helped bring us to where we are today. As US President Joe Biden recently warned, the prospect of nuclear “Armageddon” now looms larger than it has since the Cuban Missile Crisis of 60 years ago this week.

As the West considers its options for avoiding World War III, it must not repeat the mistakes it made back in 2008, when it did practically nothing about Putin’s war of aggression against Georgia. In claiming to have annexed large swaths of Ukrainian territory through sham referendums and arguing that Ukraine is a fake country, Putin has made no secret of his ultimate intentions. Yet according to those calling for peace negotiations, Putin might be “reconciled” to the continued existence of some rump Ukrainian state if it means that he can keep the illegally annexed territories, and if NATO commits never to admit Ukraine.

Such arguments are music to Putin’s ears. He is gambling that a cold winter, high energy prices, and war fatigue will undermine the West’s unity and make the sirens of appeasement irresistible. The less chance there appears to be for a timely military victory (by either side), the greater the impetus for Western diplomats to intervene and start pushing Ukraine to negotiate and settle.

But the 2008 Georgia War and the 2014 annexation of Crimea should have proven by now that appeasement only begets more aggression. The sole way for the West to secure peace is to maintain unity and support Ukraine (militarily, economically, and diplomatically) until it regains all of its territory.

That means not giving in to Putin’s nuclear threats (which smack of desperation), and not countenancing any short-term deals that help him create the illusion of victory. Like a half-treated cancer, Russia will simply regroup and strike back even more aggressively if Putin is appeased.

Ukraine has already paid a staggering price for its freedom – and for the cause of freedom everywhere. The least the West must do is give it a chance to secure a viable, long-term peace. That starts by not selling Ukraine out to those who deny its very right to exist.

Salome Samadashvili, a former head of Georgia’s Mission to the European Union, is a member of Georgia’s parliament and Political Secretary of the Lelo for Georgia party.