To Curb Global Violence, America Should Look Within 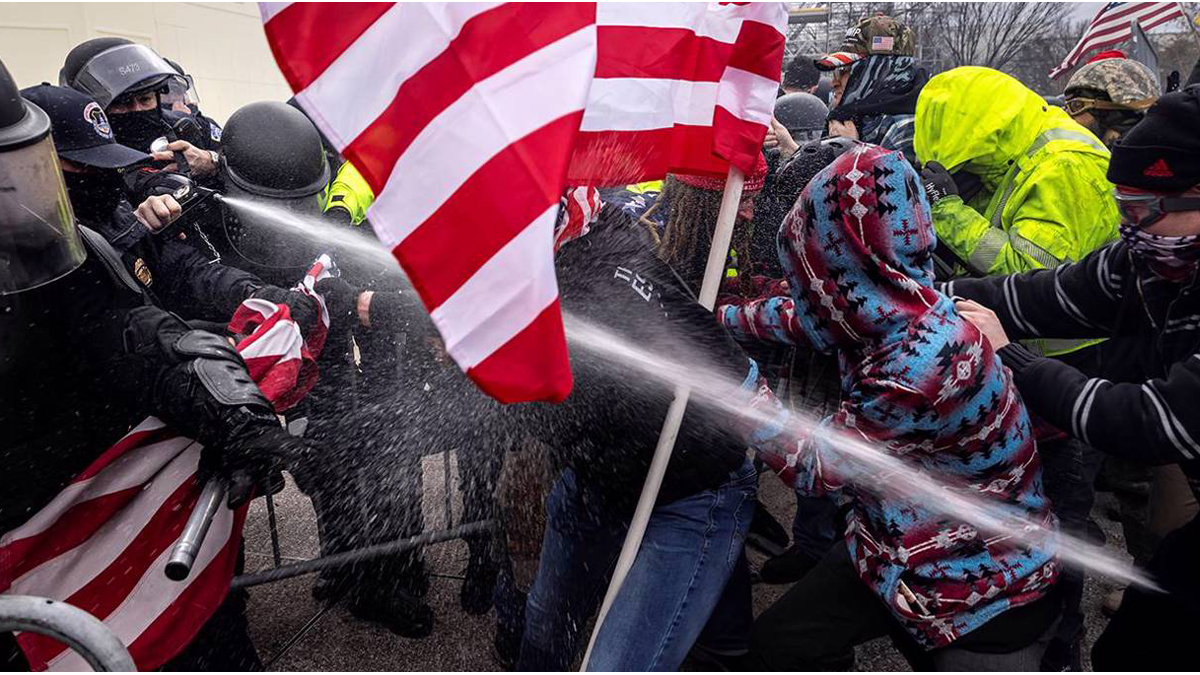 CHICAGO – The world is now witnessing the highest number of protracted violent conflicts since the end of World War II, and inequality and misinformation are fueling the turmoil. Policymakers seeking to curb the violence would be wise to consider their own citizens’ attitudes about inequality and misinformation. In the United States, recent polling from the University of Chicago’s Pearson Institute and the AP-NORC Center for Public Affairs Research suggests that there is much work to be done.

The victims of global violence span social, economic, and geographic boundaries. Aside from the Russia-Ukraine war, nearly 30 conflicts are ongoing worldwide. With no resolution in sight, these conflicts have displaced close to 84 million people. Even if the fighting stops in some of these regions, death and trauma will still permeate many communities, uprooting families and dissolving social bonds. These conflicts destroy habitats and deeply scar generational well-being, creating cycles of violence that stretch across generations.

One major trigger of these conflicts is social inequality. Though not as easily observable as death tolls or shifting borders, inequality remains deeply intractable. Stanford University historian Walter Scheidel argues that inequality has been deeply entrenched since the Stone Age, and it rarely subsides without paroxysms of violence.

Women and girls often bear the brunt of social inequality, especially in developing countries. When faced with extreme situations that hinder access to education and employment, their ability to achieve economic parity and stability is severely eroded.

But inequality is not just a fixture of developing countries. According to one recent Pearson Institute/AP-NORC survey, a majority of Americans believe the US is a leader in protecting minority rights globally, yet nearly a third say the US has fallen short in protecting such rights at home. Many Americans also say countries that fail to protect minority rights should not receive aid or be permitted to join international organizations.

Just 52% of women agree that “global prevention of gender and racial discrimination [is] an essential US foreign policy goal,” while 33% say it is “important, but not essential.” Among men, full support is even weaker. A third say promoting minority rights abroad is “essential,” and 46% say it is “important, but not essential.” Americans’ mixed commitment to the global promotion of minority rights should worry policymakers who believe the US must lead by example.

Misinformation exacerbates the social problems caused by domestic inequality. Ethnically and religiously motivated violence is not new, of course; but spreading vitriol and acquiring lethal technology have never been easier. Algorithms designed to filter and curate news are hijacked to amplify conspiracies, lies, and hatred. Polarization is one consequence, and it has become a hallmark of our digital age.

As with inequality, there is no easy cure for the blight of misinformation, but restored social trust and accuracy in media are urgently needed. Fortunately, Americans are already adapting to the new media environment. Eight in ten Americans report checking multiple sources at least occasionally to avoid consuming or spreading misinformation. More than three-quarters of Americans also say they refrain from sharing news on social media, and the same share verified news sources at least occasionally, while 63% report using fact-checking websites and tools at least some of the time.

The results of the Pearson Institute/AP-NORC polling suggest US policymakers face a conundrum. If Americans care so little about protecting minority rights globally, and if so many think minority rights are inadequately protected at home, the US will be ill-prepared to promote liberal values abroad.

That is why the rise in global violence should prompt US policymakers to take stock of the impact of inequality and misinformation at home. It may be a small start, but internal renewal could help improve the lives of Americans and those struggling with endemic violence around the world.

Sheila Kohanteb, a political scientist, is Executive Director for External Relations and Forum Executive Director at the Pearson Institute for Study and Resolution of Global Conflict, which hosts the annual Pearson Global Forum at the University of Chicago.