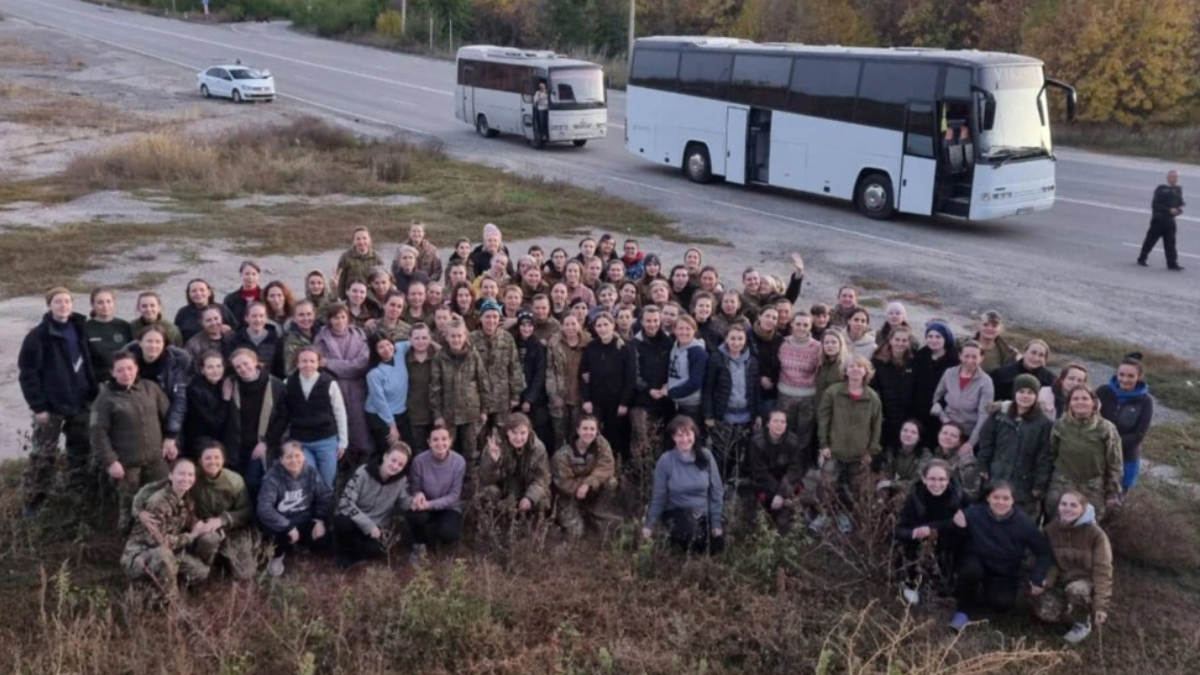 This handout picture taken and released by Ukrainian presidential chief of staff, Andriy Yermak, on Oct. 17, 2022 shows freed Ukrainian female prisoners posing for a picture after their exchange in an unknown location in Ukraine. (Photo: AFP)

KYIV, UKRAINE: Ukraine announced Monday it had swapped more than 100 prisoners with Russia in what it said was the first all-female exchange with Moscow after nearly eight months of war.

“Another large-scale exchange of prisoners of war was carried out today … we freed 108 women from captivity. It was the first all-female exchange,” the Ukraine presidency’s chief of staff, Andriy Yermak, said on social media.

In his daily address late Monday, President Volodymyr Zelenskyy said, “Ninety-six [of the swapped prisoners] are servicewomen, including 37 evacuees from Azovstal, and 12 are civilians.”

Zelensky thanked “all involved for this success … the more Russian prisoners we have, the sooner we will be able to free our heroes.”

The head of the breakaway region of Donetsk in eastern Ukraine, Denis Pushilin, confirmed the exchange, saying that out of 110 people agreed in the swap, two people had decided to remain in Russia.

The Russian defense ministry said that 72 people returned from Ukraine were crew of civilian ships held by Ukraine since February.

It said all those returned would be flown to Moscow and provided with medical and psychological assistance.

Yermak said on the Ukraine side that some of the people exchanged were mothers and daughters who had been held together. Thirty-seven, he said, had surrendered at the Azovstal steel works in Mariupol.

Mariupol, a port city on the Sea of Azov in southeastern Ukraine, withstood weeks of relentless Russian bombardment, with resistance concentrated in a dense network of underground tunnels at its Azovstal steel plant.  (VOA)