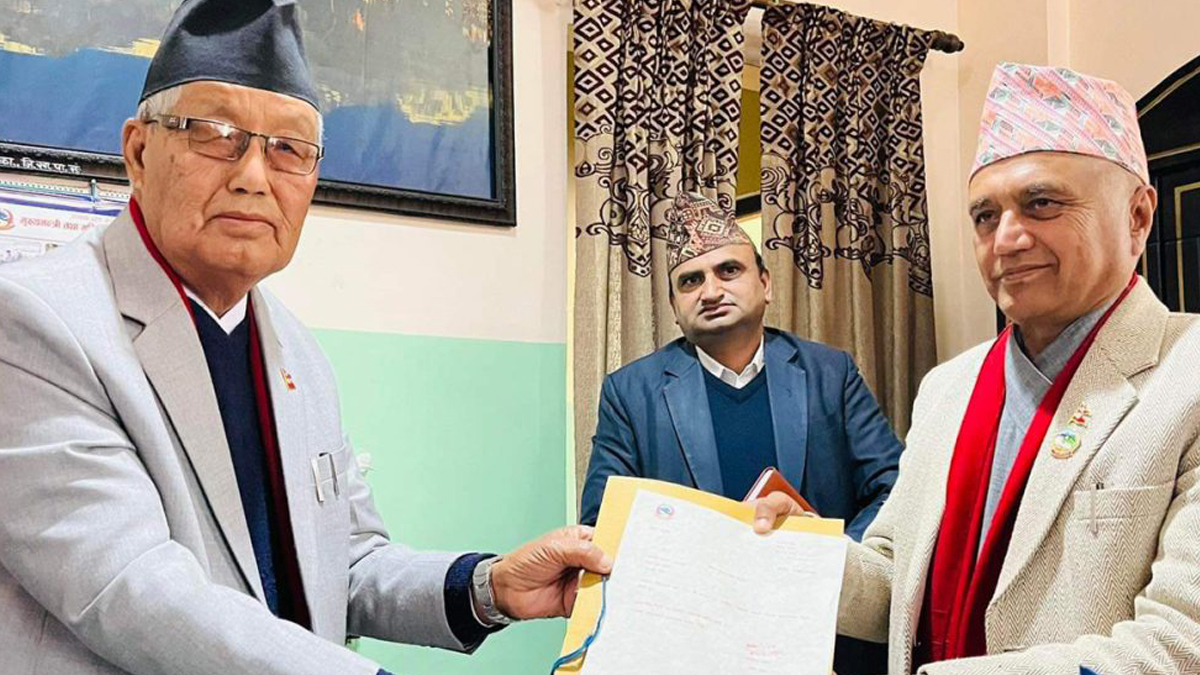 Khagaraj Adhikari of CPN (UML) has been elected the Chief Minister of Gandaki Province.

He secured the support of 22 UML members, eight of CPN (Maoist Centre), two of Rastriya Prajatantra Party and independent member Rajib Gurung (Deepak Manage) to get appointed on the post.

Talking to media shortly after the appointment, he pledged to move ahead by cooperating with the local levels and the federal government. “Our efforts will be for achieving a prosperous Gandaki and making the Gandaki folks happy,” he said.

Adhikari, the UML standing committee member and the organisation department chief, had won the PA elections from Kaski-1(1) and he is scheduled to take an oath of office and secrecy before the Province Chief today itself.