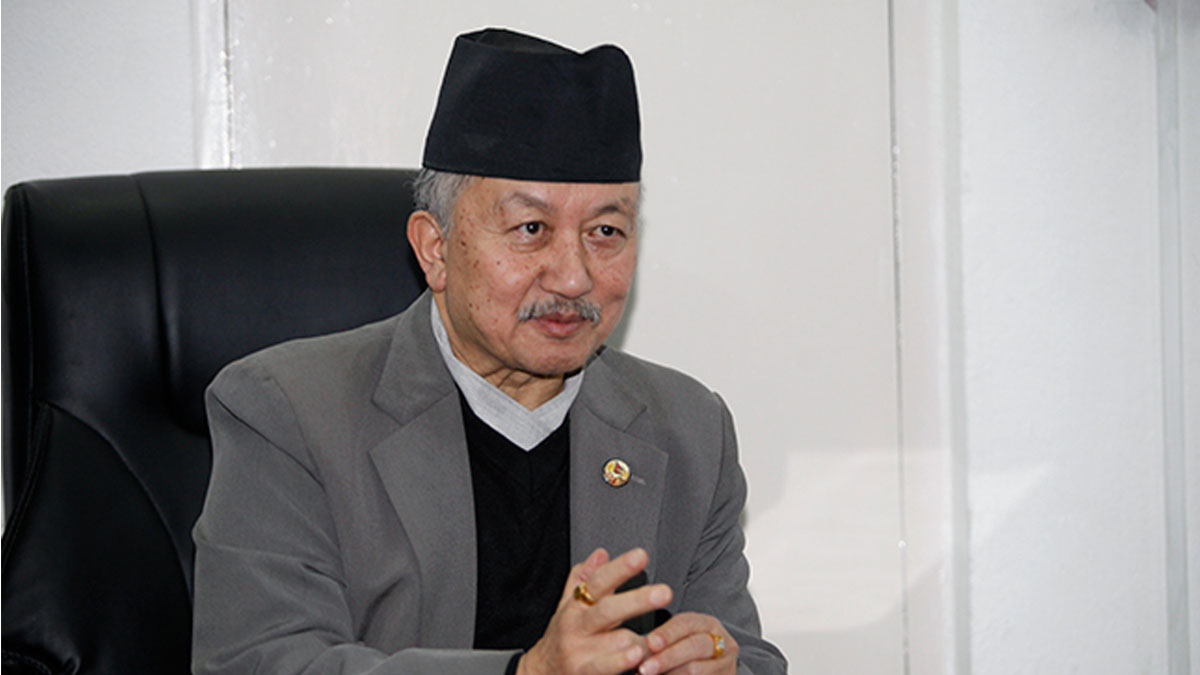 CPN-UML Vice Chairman, Subas Chandra Nembang has intensified his for the state’s President. He realizes that he cannot achieve anything more at the party but also believes that he can become the President.

Nembang is preparing to claim the position if UML gets the position in power sharing. He has expressed his interest to the different leaders of various political parties, according to the sources.

Nembang believes he can become President if one of Maoist Chair Pushpa Kamal Dahal or Nepali Congress President Sher Bahadur Deuba becomes the next prime minister.

According to the leaders close to Nembang, he wants to end his political career by becoming the president.

Nembang had rejected the offer to become a minister in the KP Sharma Oli-led government formed after the 2017 election. He has already served as the chairperson of the Constituent Assembly and speaker of the House of Representatives.