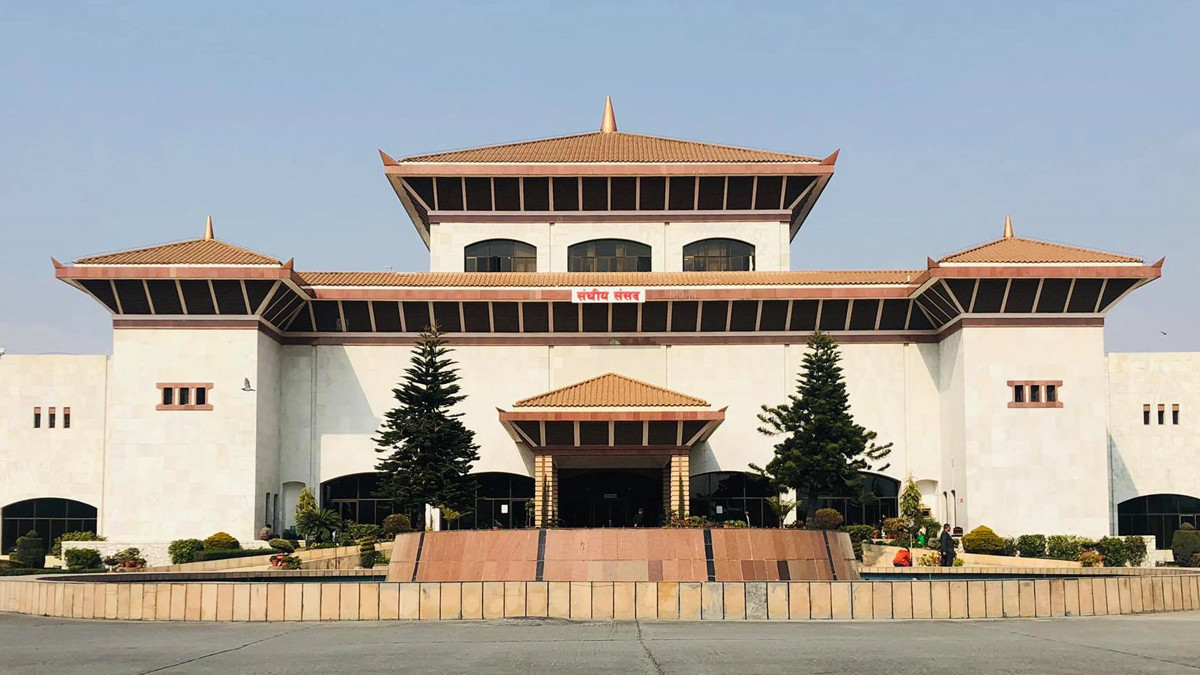 The University Bill, 2079 BS has been tabled in today’s meeting of the National Assembly (NA). Minister for Foreign Affairs Dr Bimala Rai Paudyal presented the bill on behalf of Minister for Education, Science and Technology Shishir Khanal.

On the occasion, the NA Chairperson Ganesh Prasad Timilsina read out the letter relating to the expansion of the Council of Ministers received from the Office of President.

In the meeting, the nomination of additional name list of members in the thematic committee under the NA had taken place.

The meeting unanimously endorsed the proposal for the nomination of Mrigendra Kumar Singh Yadav of the Janata Samajwadi Party for the Sustainable Development and Good Governance Committee put forward by NA Chair Timilsina. The NA next meets on January 24 at 1 pm.